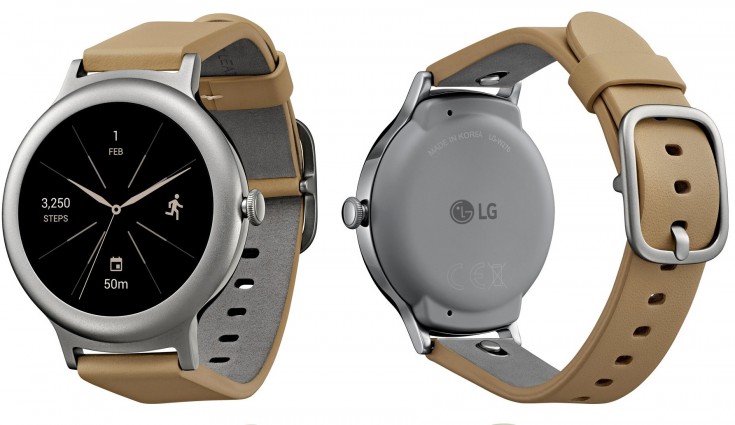 The user manuals reveal some of the key specs of the upcoming LG Watch Sport and LG Watch Style wearables.

With Google tipped to unveil Android Wear 2.0 on February 8, it is highly expected that we might see the launch of new LG Watch Sport and Watch Style smartwatches tomorrow as well. Though with recent leaks and rumours we already have a fair idea about the two devices, but a recent user manual leak has further strengthened some of the claims.

As spotted by Android Authority, the user manuals reveal some of the key specs of the upcoming devices. Starting with the Watch Sport, the manual shows that it can be charged wirelessly, while the Watch Style would require a magnetic charging cradle. The manual further confirms that it will be the first smartwatch to come with Android Pay functionality.

For those who are not aware, Android Pay is a digital wallet platform developed by Google to power in-app and tap-to-pay purchases on mobile devices. One can add card details through your companion device and can make payment by tapping the surface of the touch screen on the credit card readers. To open Android Pay, you can open Apps screen and tap Android Pay or press the bottom right button.

The user manuals also confirm that both the smartwatches will be the first to come with Google Assistant which means all you have to do is say Just say “OK Google” or press and hold the Power button until you see “Hi, how can I help?” Through Google Assistant, you can take or view a note, set a reminder, see your step count, see your heart rate, send and reply to a message, send and read email and more.

See also:How to use external SD card as internal memory on your Android smartphone

To recall, LG Watch Sport is dubbed to come with LTE connectivity. The Sport model will come with a 1.38-inch OLED display with 480 x 480-pixel resolution and will come with a price tag of $349W. There is also a digital crown on the right of the watch flanked between two buttons, with a rubber strap and metallic body. The device will be backed by 768MB of RAM, 4GB of storage, and will come equipped with a 430mAh battery.

The LG Watch Style is said to be more of a budget-centric device which will come with a 1.2-inch OLED display and a screen resolution of 360 x 360 pixels. The wearable comes with a single digital crown coupled with a leather band which is reported to be swappable. The smartwatch will be backed by a 512MB of RAM, 4GB internal memory, and a 240mAh battery. The watch is reported to come with a price tag of $249.