LG V30 camera could be the best for low-light photography. Here’s why! 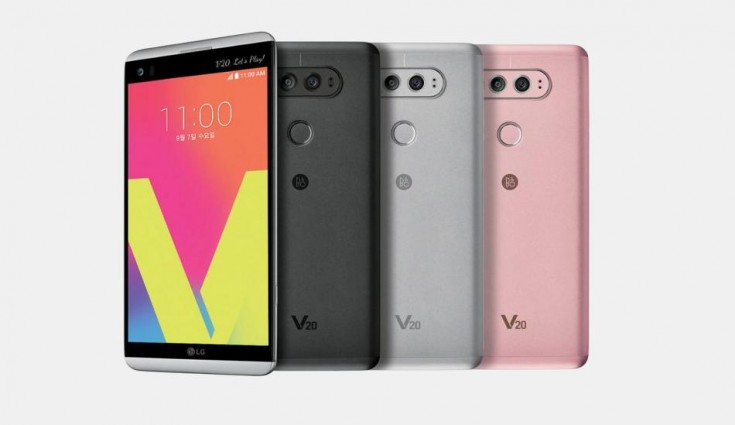 The LG V30 will be powered by an octa-core Qualcomm Snapdragon 835 processor clocked at 1.9GHz.

It is a well-known fact that LG is working on the latest V30 smartphone, which it might unveil on August 31 during IFA 2017. We already know some of the key specifications of the device and now a new leak has emerged online, which reveals that the smartphone could have the best camera in the smartphone market.
According to a report by SlashGear, the V30 will come with a f/1.6 lens. For the unintended, the ‘f’ number is denoted for aperture sizes. Aperture is basically an opening through which the light passes to the sensor. So as a rule, as the size of the aperture increases, the camera is able to take more light, which further result in better low-light photos. Further, lower the f-stops, more will be the opening of the lens. Most of the flagship smartphones have aperture ranging from f/2.2 to f/1.7.
So, if the report is meant to be true, then LG V30 will have large aperture lens, which could theoretically make it an ideal for low-light photography. However, other factors like camera software and optical image stabilization (OIS) plays an important role as well. For your reference, Samsung Galaxy S8 and Galaxy S8 Plus have a f/1.7 aperture, which is considered to be wide enough for a smartphone camera. Further, the report mentions that the large aperture will be used in “normal” lens and the upcoming smartphone will take leverage of a normal and wide-angle lens, similar to what we have seen in LG G6.
You might also like this:
Recollecting some previous rumours, the LG V30 will be powered by an octa-core Qualcomm Snapdragon 835 processor clocked at 1.9GHz. The device will be backed by a 4GB of RAM and it is reported that it will come with a 64GB of internal storage. The smartphone will sport a FullVision Display with an aspect ratio of 18:9, something similar to LG G6’s display. The V30 has been subjected to various leaks in the past and it is reported to be the first smartphone from LG to feature an OLED display.
As per an earlier report by XDA Developers, the company will be ditching the secondary display on the V30. To recall, the major highlight of the LG V series is the secondary display, which is placed right above the primary screen. The screen displays quick shortcuts and notifications. However, it seems that the device will ditch this in favour of a near bezel-less display like we have seen in the LG G6 with a similar 18:9 aspect ratio.
Further, the report mentions that the smartphone will come loaded with an OLED panel. LG has relied on LCD display in the past and it seems that the brand is finally moving towards the OLED display panel for its next flagship device. This is in line with the previous report, which suggested the same.