The device is essentially LG’s version of a Galaxy Note device with the included stylus but designed in line for the budget crowd. The Q Stylus will be an extension to the current Q7 lineup which was announced last month with similar specifications.

While Samsung limits its Stylus-equipped Note devices to the higher part of the smartphone spectrum, LG has been releasing devices with styluses but on a cheaper bunch of devices. The later has now officially announced the new Q Stylus series of smartphones which comes in three rather bizarrely named variants – Q Stylus, Q Stylus+, and Q Stylusα.

All three devices in the Q Stylus lineup feature a 6.2-inch FHD+ FullVision 18:9 display with a resolution of 2160 x 1080 pixels and a pixel density of 389ppi. The Q Stylus+ appears to be the most expensive device in the lineup with 4GB of RAM,64GB of storage, an 8MP front-facing camera, and a 16MP rear camera. The specifications will then be toned down accordingly as the Q Stylus follows suit. The Q Stylusα will be the base variant of the newly announced series with 3GB of RAM and 32GB of onboard storage.

TheLG Q Stylus is powered by an Octa-core chipset clocked in at 1.5GHz or 1.8GHz, depending upon the model in question. As expected from LG, the Q Stylus range comes with Android 8.1 Oreo out of the box with LG’s own features added to it. There’s a portrait mode, QLens, DTS:X 3D Surround Sound for an immersive audio experience and a fingerprint scanner at the back which doubles up as the shutter when taking pictures. 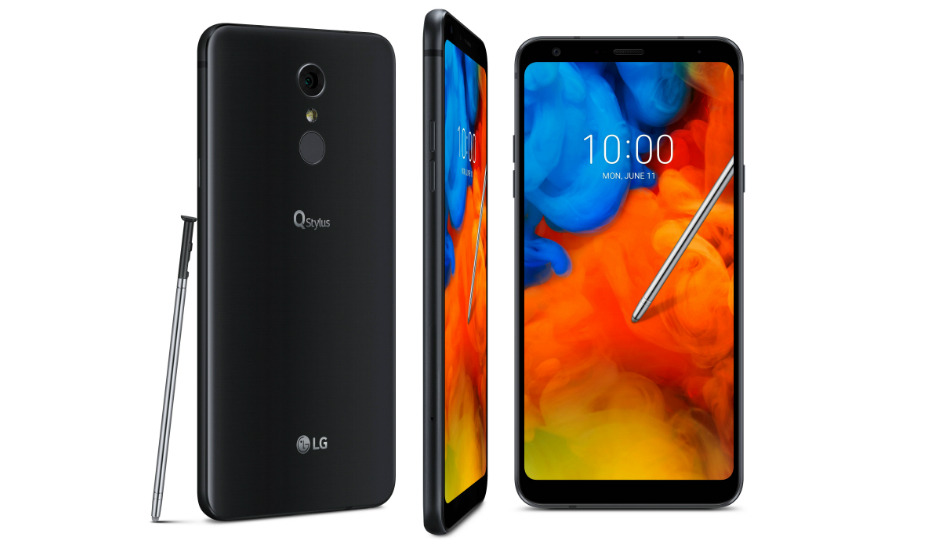 The LG Q Stylus (all variants) comes with a military grade durability that’s certified with MIL-STD 810G while only the higher two models get protected with an IP68-rated water and dust resistance. All of this is housed under a metal body that also encases a 3,300mAh battery that supports fast charging.

LG will launch the Q Stylus series in Asia and North America by early second half of 2018, though it’s to be noted that not all variants will be launched in a particular market. While all Q Stylus devices come in a standard Moroccan Blue colour, the Stylus, and Stylus+ will be retailed in an Aurora Black colour with the latter getting a Lavender Violet variant as well.