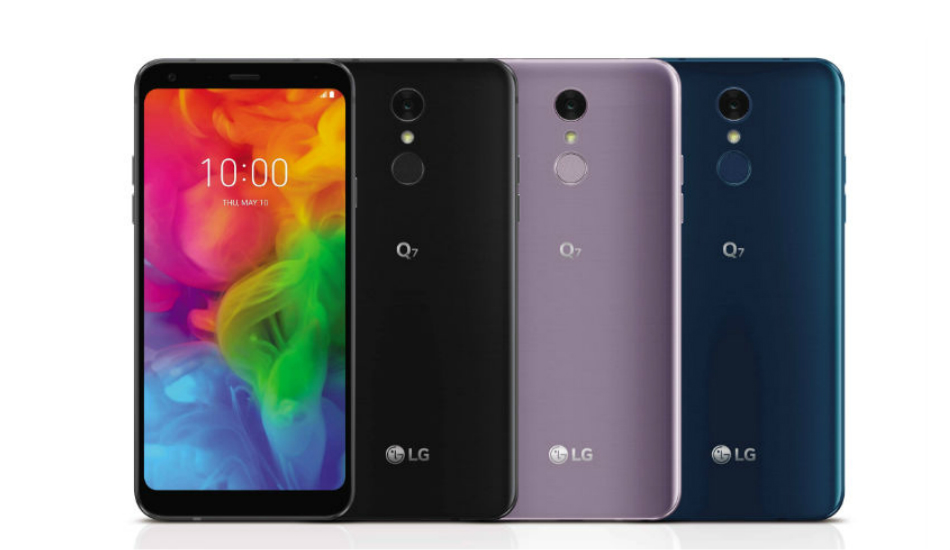 LG has quietly debuted the LG Q7 as the newest mid-range offering in its home country of South Korea, a week after the device was spotted on Geekbench. Unlike its predecessor, the latest Q-series comes in three variants including the LG Q7, Q7+, and Q7α and will start selling in Europe next month followed by markets in Asia and US.

All devices in the Q7 lineup comes with a 5.5-inch FHD+ FullVision display with a resolution of 2160 x 1080 pixels and 18:9 aspect ratio. The Q7 is powered by an octa-core CPU which we believe is the Helio P10 chipset and will come in 3GB and 4GB RAM configurations, the latter being available as the LG Q7+. Only the Q7 and Q7α are configured to come with 32GB of onboard storage and 3GB of RAM.

In terms of imaging, the LG Q7+ comes with an enhanced 16-megapixel primary sensor while the seemingly cheaper Q7 and Q7α will equip a 13MP rear snapper. While the Q7 trio will feature the same 5-megapixel Super Wide angle 100-degree front-facing camera, the Q7 and Q7+ might well be offered with an 8MP camera for selfies in certain markets. 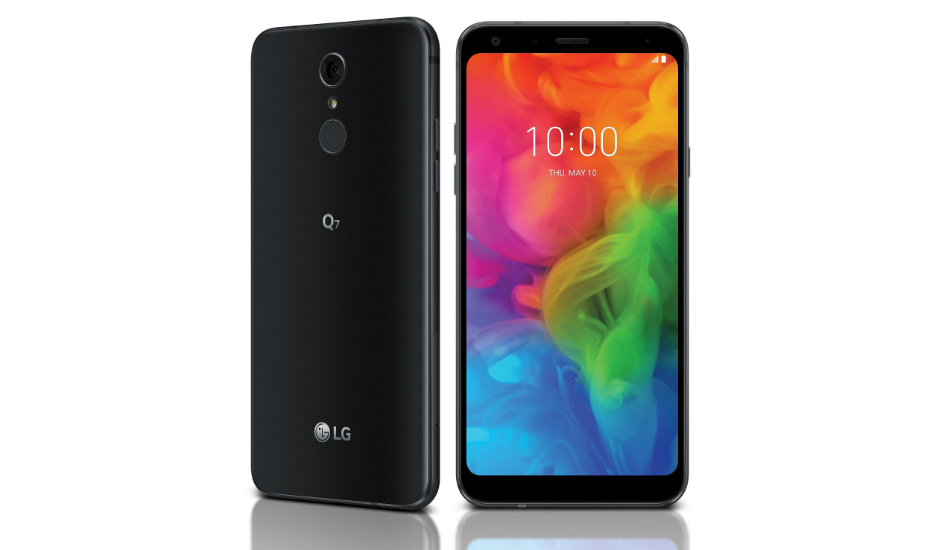 Like its flagship LG G7 ThinQ, the Q7 also makes use of AI for facial and scene recognition through QLens. There’s a portrait mode that lets users click selfies with a depth of field effect. The DTS:X support with Hi-Fi Quad DAC offers an immersive surround sound experience and crisper audio. In contrast to the LG Q6, the latest addition to the Q-series comes in a glass-clad design with 2.5D Arc Glass, metallic body, MIL-STD810G certification and IP68 rating for water and dust resistance.

Surprisingly, the Q7 now features a fingerprint scanner and Qualcomm’s Fast Charge technology that allows users to charge their device to 50 percent in under 30 minutes. The Q7 will run on Android 8.0 Oreo and will be available in Moroccan Blue for all variants and in Lavender Violet & Aurora Black for the Q7+ and Q7. Connectivity options include WiFi, Bluetooth v4.2, NFC and a USB Type-C 2.0 port.