LG G8 ThinQ : Everything you want to know! 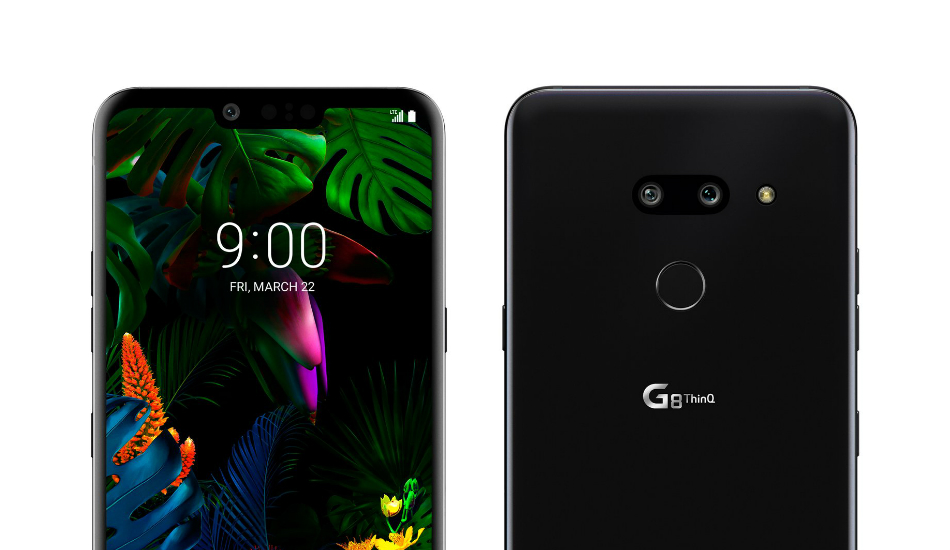 The LG G8 ThinQ has a familiar feel to last year’s G7 ThinQ. There's a wide notch at the top of the screen similar to the one on the G7 ThinQ, an audio jack and a sizeable bottom chin. However, the bezels on the front look thinner and the camera layout has changed to a horizontal setup at the back.

LG has already revealed that its next flagship – the G8 ThinQ will be unveiled at an event in Barcelona on February 24 during MWC 2019. Just days after the South Korean company confirmed a Time-of-Flight (ToF) camera technology on the front camera setup of the phone, the LG G8 ThinQ has now surfaced in all its glory in what looks like the last leak before the launch.

Shared by Twitter leakster, Evan Blass, the renders reveal a clear look at the G8 ThinQ in all possible angles, having some familiar feel to last year’s G7 ThinQ. Not only is there a wide notch at the top of the screen similar to the one on the G7 ThinQ, but the G8 ThinQ also features an audio jack and a sizeable bottom chin like its predecessor. 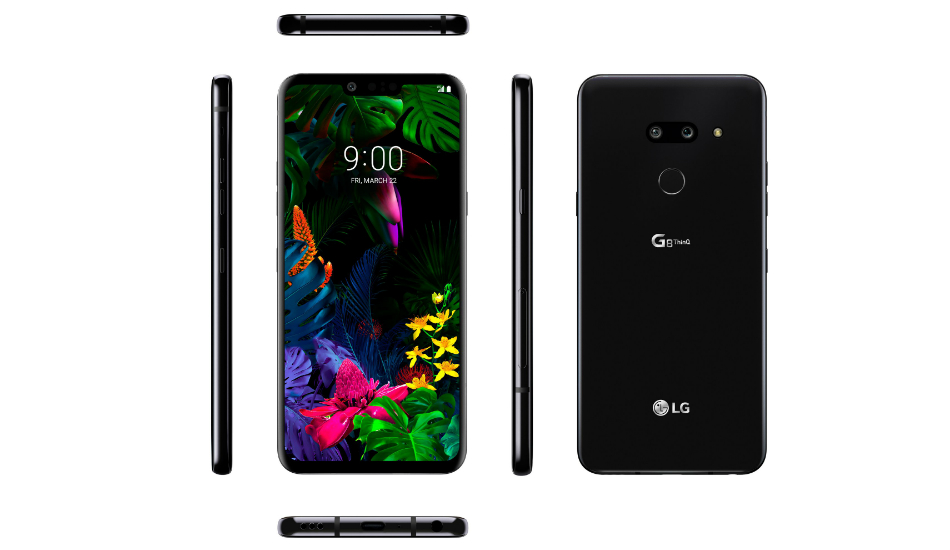 There are noticeable differences however as the bezels on the screen look thinner. The camera layout also changes from a vertical setup to a horizontal alignment with a circular fingerprint scanner just below the setup. One significant feature is that LG has kept its loyalty toward the headphone jack and will continue providing support for your older audio hardware which comes with a 3.5mm jack.

As per previous leaks, the LG G8 ThinQ will come with a 6.1-inch OLED display with a resolution of 1440 x 3120 pixels and an aspect ratio of 19.5:9. The device will be powered by a Qualcomm Snapdragon 855 processor with t least 6GB of RAM and possibly 128GB of storage. The phone will also include a 3.5mm audio jack, USB Type-C port and a dedicated Google Assistant button and could measure 152x72x8.4mm.

The G8 ThinQ is expected to come running Google’s latest Android 9 Pie out of the box and will be fuelled by a 3,400mAh battery in contrast to the 3,000mAh power unit on the G7 ThinQ. The phone could additionally relay resistance against dust and water and will feature a Time-of-Flight (ToF) 3D camera on the front which will help improve face recognition and AR/VR applications.

As for the price, it was earlier reported that the LG G8 ThinQ will arrive with a price tag of $1,199.99 CAD in Canada, which roughly translates to Rs 64,317. It’s important to note that the price could vary for different markets.

The LG G8 ThinQ will be unveiled at an event in Barcelona on February 24.