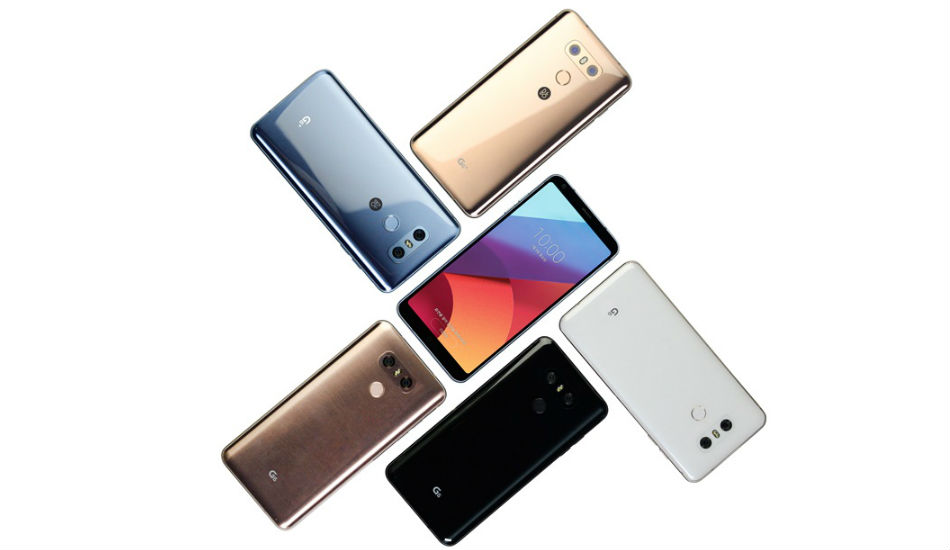 Both the devices support LG’s own mobile payment service, LG Pay which works on Wireless Magnetic Communication Technology. The user will be able to pay by touching the phone to the credit card devices. The service also has fingerprint protection and one-time password facility for securely making any transaction.

Starting with the LG G6+, the smartphone comes with 128GB of internal storage and it also supports Qi wireless charging. The brand has also introduced some new colours options for the new LG G6+ including Optical Astro Black, Optical Terra Gold and Optical Marine Blue. There is a lenticular film at the back of the G6+, which gives different shades in different lighting situations. The company is also bundling Bang & Olufsen headphones with the smartphone as well.

Coming to the LG G6 32GB variant, the device comes in Terra Gold, Mariane Blue and Mystic White colour options. Other than this, other specifications are similar to the LG G6. Further, the brand has also rolled new software updates for all the models.

The new update now brings motion recognition to the face recognition that recognises the user’s face, even if the screen is turned off. Then there are low-power features that the company boasts will minimise the power usage in standby mode. The company has also added Lens Blind Reminder for wide-angle camera and automatic call recording feature as well.