Lenovo is ready to launch the K920 smartphone which comes with brushed aluminum body and a 16 Megapixel rear camera.

Lenovo will unveil its upcoming flagship smartphone, the K920, on August 5. Wang Yan, Lenovo’s marketing manager, revealed this by posting a teaser image of the phone on his Weibo account. Not much details were divulged in the invite image but brushed aluminum look and 16 megapixel camera at the rear were quite obviously shown. 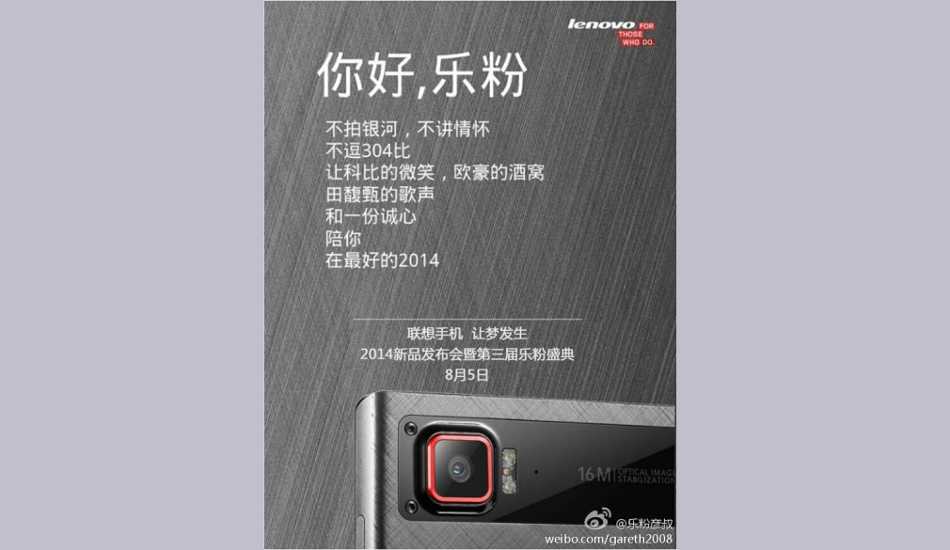 Lenovo K920 is expected to be labelled as Vibe Z2 Pro. It is said to have a 6-inch large display with 2560×1440 pixel resolution. The quad-core 2.5 GHz Qualcomm Snapdragon 801 MSM8974AC and 3 GB RAM is reportedly fitted in the smartphone which in all likelihood will run on the latest Android 4.4 KitKat operating system.