Lenovo to launch Z6 Pro, K10 Note and A6 Note in India on September 5 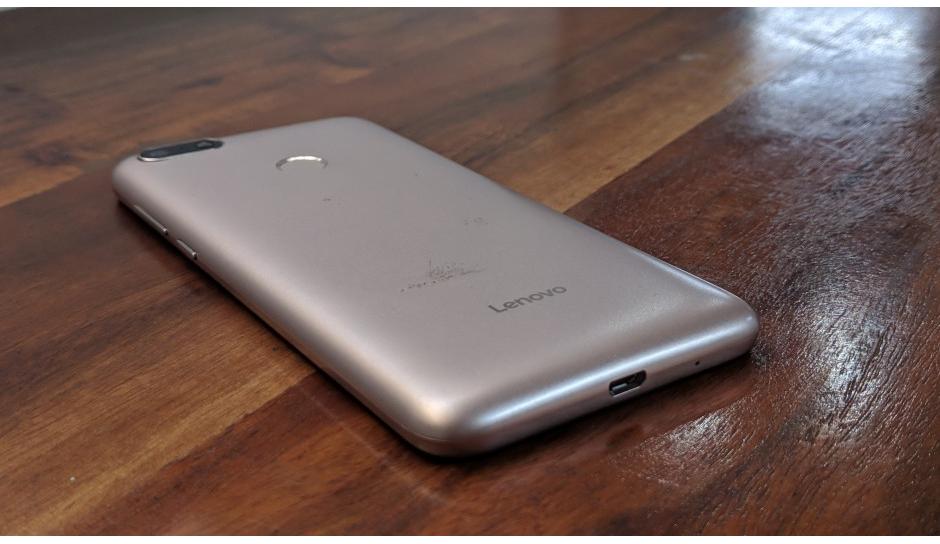 While Lenovo Z6 Pro has already been launched in China earlier this year, the Lenovo K10 Note and A6 Note will be new smartphones.

Lenovo is all set to launch its latest smartphones in India on September 5. The company has started sending the media invites for the launch event in which it has revealed that it will be launching Z6 Pro, K10 Note and A6 Note in the country on the said date. 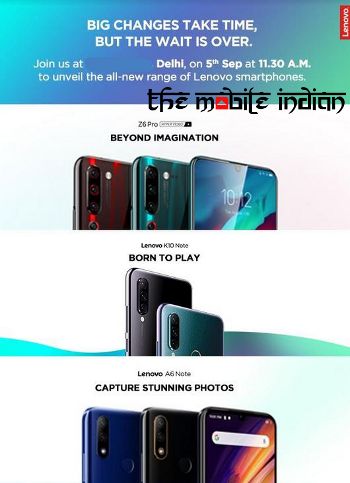 To recall, the Lenovo Z6 Pro features a 6.39-inch Samsung AMOLED FHD+ display and has waterdrop notch on the front. It comes equipped with 2.84GHz Qualcomm Snapdragon 855 processor with Kryo 485 CPUs along with Adreno 640 GPU. It has a sixth-generation screen photoelectric fingerprint sensor which claims to unlock the phone in 0.13 seconds.

On the camera front, the Lenovo Z6 Pro sports an AI quad rear camera setup with a combination of 48MP primary Sony IMX586 sensor, a 2MP depth sensor and other two 16MP and 8MP sensors for ultra-wide-angle and telephoto zoom photos. The ultra-wide angle camera will be able to click pictures with a 123-degree field-of-view. The rear camera has a dual-tone LED flash and laser autofocus. On the front, it has 32MP single sensor which also supports face unlock feature.

This smartphone runs on Android 9 Pie operating system with Lenovo’s ZUI 11 out of the box and is backed up by 4000mAh non-removable battery with 27W super fast charging. Moreover, Z6 Pro comes with stereo speakers with support for Dolby Atmos for surround sound. Connectivity options include Dual SIM, VoLTE, Type-C port, Bluetooth 5.0, WiFi and a 3.5mm headphone jack. The smartphone measures 157.5 x 74.6 x 8.65mm and weighs around 185 grams.