Lenovo to launch a new smartphone on October 16 in India

Lenovo has started rolling out ‘Save the Date’ invite for an event that is scheduled to take place on the said date.

Lenovo has been silent for more than one year when it comes to launching a new smartphone in India. However, this could change that the company is all set to launch a new smartphone on October 16 in the country.

Lenovo has started rolling out ‘Save the Date’ invite for an event that is scheduled to take place on the said date. The invite comes with a tagline “The Killer Returns”. Previously, the company has been using the word Killer for its K-series of smartphones, especially, K Note series. So, it is highly likely that the company might introduce a new smartphone in the K-series. Multiple reports suggest that the company might introduce the rebranded version of the Lenovo Z5, which it introduced in June this year in China. 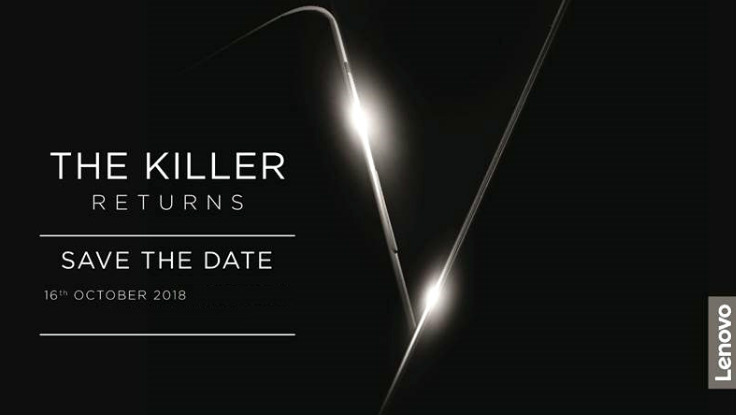 The smartphone comes loaded with a 6.2-inch Full HD+ display with an aspect of 19:9 and a screen resolution of 2246 x 1080 pixels. The phone is powered by a Qualcomm Snapdragon 636 processor along with Adreno 509 GPU.

It is backed by a 6GB of RAM and 64GB/128GB of internal storage with an option to expand the storage up to 256GB. For optics, the device is equipped with a dual-camera setup with a combination of 16-megapixel primary sensor and an 8-megapixel secondary lens. For the front, there is an 8-megapixel shooter for selfies and video calling.