Lenovo launched its first ever flagship laptop with a foldable display in India which comes with a multilink torque hinge that enables the folding design. There’s also a Bluetooth Mini Fold Keyboard that sits inside the fold and also charges wirelessly when put on the top of the screen.

Lenovo ThinkPad X1 Fold price starts at Rs 3,29,000 in India while on the website, the price starts at Rs 2,48,508 because of the offers that will last till the end of the month. Customers can also opt for No-Cost EMI as a payment method. 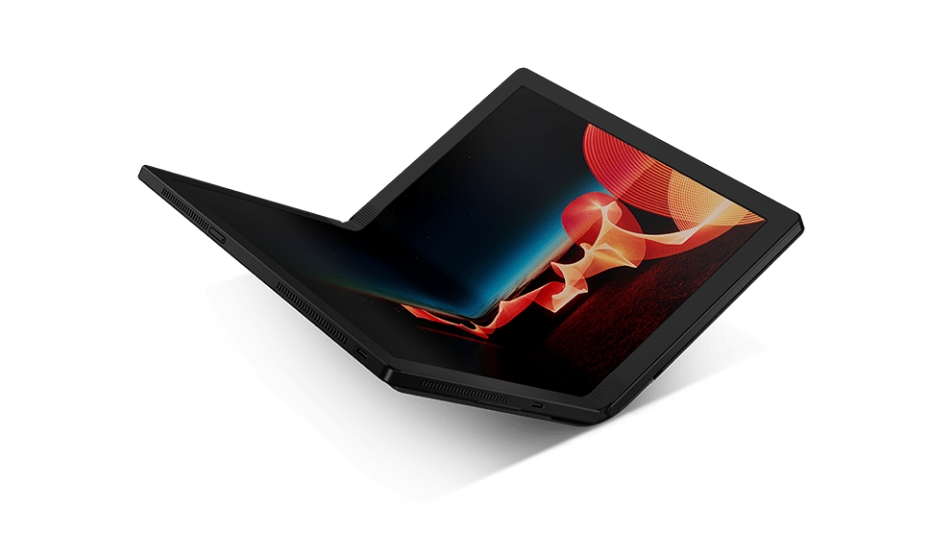 The Lenovo ThinkPad X1 Fold laptop features a 13.3-inch 2K (2,048×1,536 pixels) pOLED display made by LG Display that can be folded to enable multiple use cases. The mechanical hinge between the display enables the folding form factor. The ThinkPad X1 Fold can be used in landscape mode to use as a regular laptop or in portrait orientation as a notebook.

It is powered by an Intel Core i5 processor, along with 11th-generation Intel UHD graphics, 8GB of LPDDR4x RAM, and up to 1TB of PCIe-NVMe M.2 2242 SSD. You get four microphones and Dolby Atmos speaker system along with an Hybrid infrared (IR) and HD webcam for both Windows Hello facial recognition and video calls. 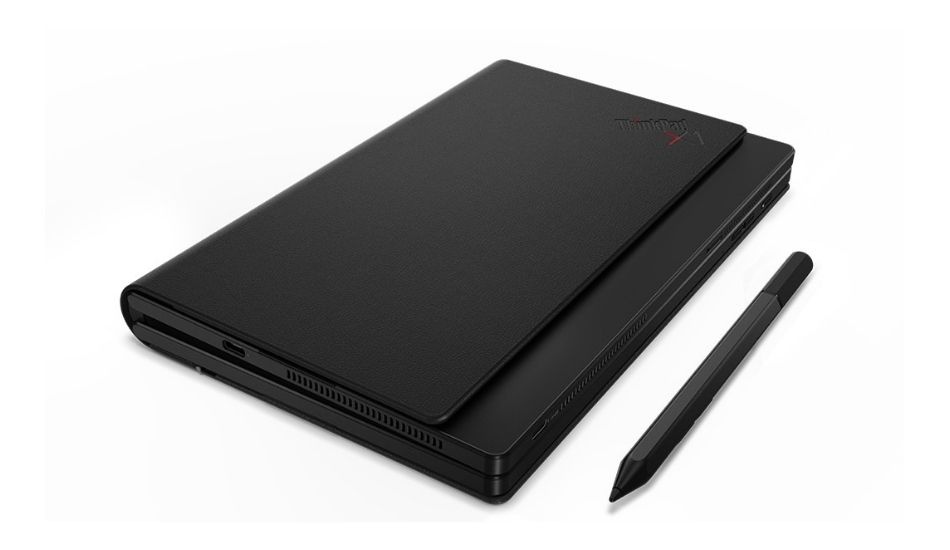 The laptop is backed by a 50Wh battery that can deliver up to 8.5 hours of usage and can be charged at 50W speeds. Connectivity options include Wi-Fi 6, Bluetooth v5.1, and 2 x USB Type-C 3.2 Gen 2 ports (one of which can be used as a DisplayPort). There is also optional 5G/ 4G LTE support.

The machine has also passed the MIL-STD 810H test, which makes it rugged and protected from unwanted drops. The laptop runs on Windows 10 Pro, which comes with a Lenovo Mode Switcher app that allows the machine to change its orientation as per the user’s requirement. One can also split the screen into two parts using multitasking features.

You also get the Easel Stand bundled with the laptop so you can easily position it in landscape or portrait orientation. The Bluetooth Mini Fold Keyboard is also bundled along with the laptop.