On the camera front, Tab 7 boasts a 5-megapixel rear camera with LED flash, while for the front, there is a 2-megapixel selfie camera for video calling.

The Lenovo Tab 7 features a 7-inch HD display with a screen resolution of 1280 x 720 pixels. The device is powered by a 1.3GHz quad-core MediaTek MT8735B/MT8161 processor along with Mali-T729 GPU. It is backed by a 2GB of RAM and 16GB of internal storage, which can be further expanded up to 128GB via micro SD card slot. 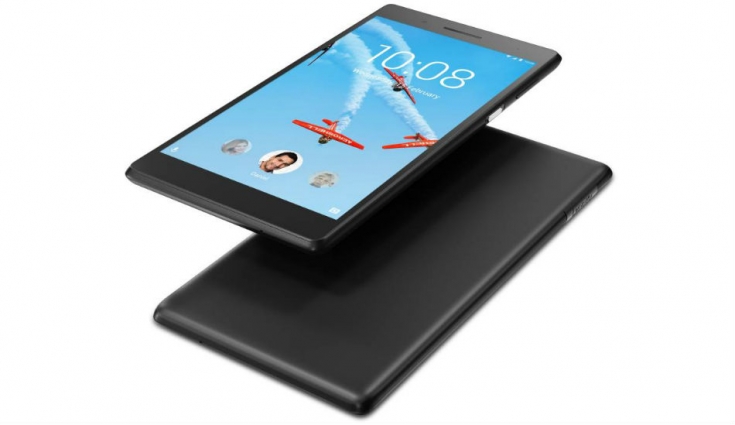 On the camera front, it boasts a 5-megapixel rear camera with LED flash, while for the front, there is a 2-megapixel selfie camera for video calling. The tablet is backed by a 3,500mAh battery and runs on Android 7.0 Nougat. For audio, there is a Dolby Atmos Audio and it also supports multi-accounts with separate space for each user. On the connectivity front, it supports 4G LTE, WiFi 802.11 a/g/b/n, Bluetooth 4.0, A-GPS, OTG support and micro USB port.

On the other hand, the Lenovo Tab 7 Essential features a 7-inch display with 1024 x 600 pixels resolution. The tablet is powered by a 1.3GHz quad-core MediaTek MT8167D processor coupled with 1GB of RAM and 16GB internal storage. The tablet runs on Android 7.0 Nougat operating system. On the camera front, both the rear and front camera are 2-megapixel sensors. It has the same connectivity options as of Lenovo Tab 7. The battery capacity is unknown but the the company claims the battery should last up to 20 hours on a single charge.

Share
Facebook
Twitter
WhatsApp
ReddIt
Previous articleGoogle Pixel 2 buzzing sound issue to be fixed with an upcoming update
Next article2G, 3G, 4G may be dead in India by 2020, according to this top technology company
RELATED STORIES