Lenovo has announced the launch of a 3G version of A7-30 tablet for Rs 9,999. Earlier in June this year, Lenovo had announced its 2G version which is now retailing for around Rs 7,000.

Apart from 3G connectivity, there is apparently no difference between the two versions. Like the 2G version, the A7-30 3G comes with a 7 inch IPS display with 1024×600 pixels resolution, 1.3 GHz Mediatek quad core processor, 1 GB RAM, 16 GB built in memory, micro SD card support, 2 megapixel rear camera, and 0.3 megapixel front camera. It also comes with Android 4.2 Jelly Bean version with a promised upgrade to Android 4.4 KitKat update. It offers voice calling and has WiFi as well as Bluetooth support too. 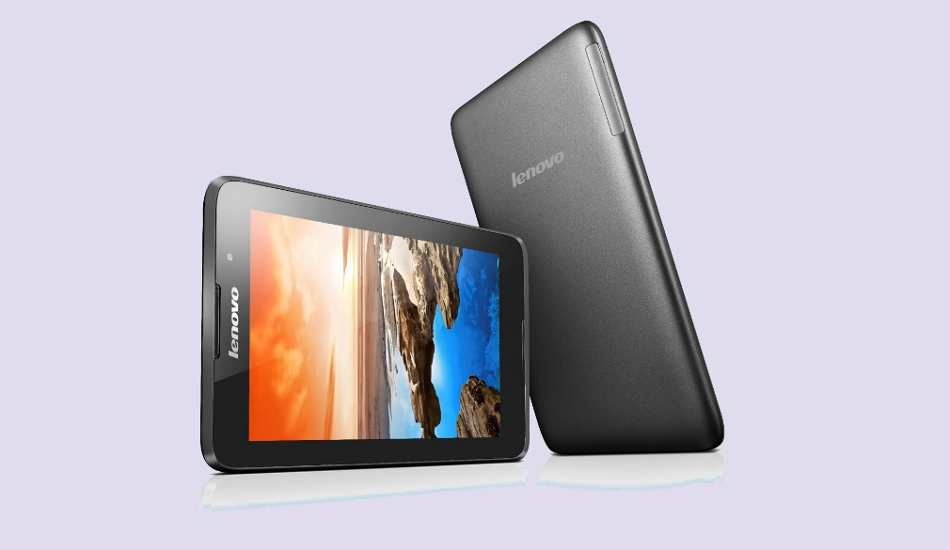 Besides, it has dual front-facing speakers and Dolby audio enhancement. The tablet has a 3500 mAh battery which claims to offer 8 hours of WiFi browsing on a single battery charge.

This tablet is available in Black and only weighs 327g.