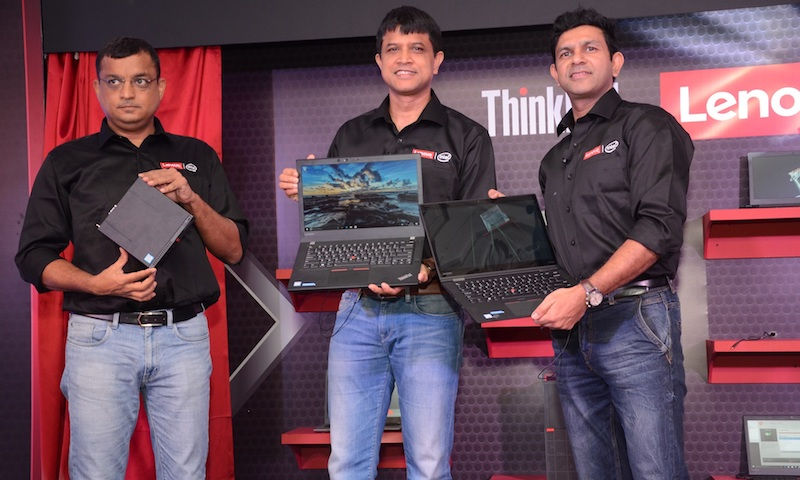 Lenovo has announced the launch of the new series of “Think” lineup which consistsThinkPads, ThinkCentres and TIOs. Even this time the lineup includes some monitors. This list includes flagship Intel i7 7th Generation and will be available by the end of this month. The cheapest product in this line is ThinkVisionT24i which is priced at Rs 18,000.

The cheapest of the lot, ThinkVision T24i has a price tag of Rs 18,000. The display offers four USB ports along with an audio port. The T24i is meant for casual usage.

The ThinkPad X1 Carbon sports a 14inch IPS display and its body is made up of carbon fiber. It comes with a fingerprint sensor with a dedicated chip for biometric processing and a face recognition Infrared camera. The ThinkPad X1 Carbon weighs 1.1KG, and on the connectivity front, it supports WiFi, LTE and Thunderbolt 3.

Lenovo claims up to 15.5 hours of battery life with a rapid charging feature that provides 80% capacity in just an hour for X1Carbon . The price range starts from Rs 1,23,000, and it will compete with HP Spectre and Dell XPS 13.

ThinkPad X1 Yoga
It comes with an OLED display, and it can be rotated by 360-degree. It also has a stylus or rechargeable pen and support for LTE-A (4G). The Intel i7 powers it and 8GB of DDR4 RAM and price start at Rs 1,45,500.

ThinkPad Yoga 370
ThinkPad Yoga 370 tablet supports 360-degree viewing and caters to the users who are looking for a portable hybrid device. It also supports Stylus, and the prices start at Rs 96,000.

These series include the enterprise level tower PC’s built for business users. This year Lenovo has launched two models in the series namely known as ThinkCentre M910 and ThinkCenter M170, and they are priced at Rs 45,990 and Rs 33,350 respectively.

Tiny-In-One
Priced at Rs 33,350 (with monitor) TIO M170 comes in two different screen size of 22 and 24 inches and come with a borderless design and integrated speaker. The modular design, the new TIO’s are built to allow users to change Tiny Desktop CPU without any tools, as and when needed.