Lenovo K8 Plus to launch in India on September 6 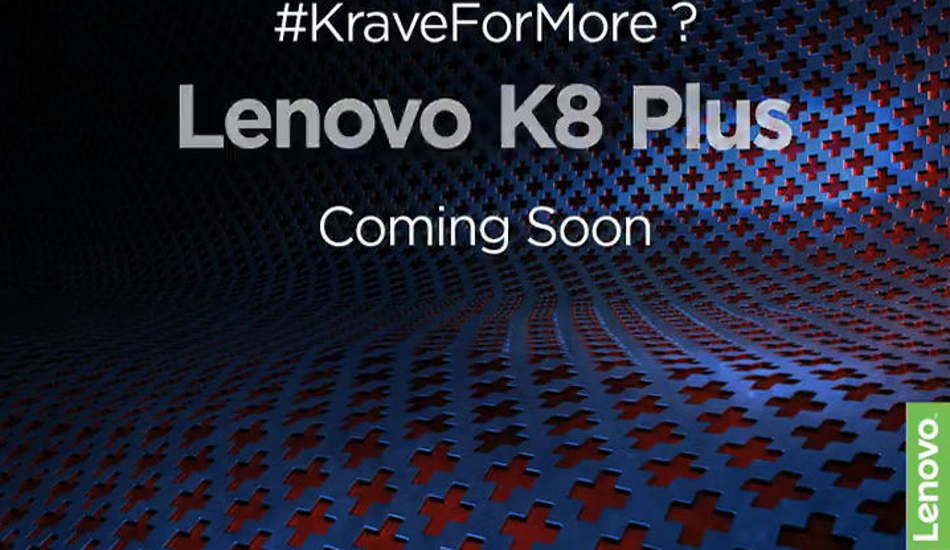 The phone will run on stock Android 7.1 Nougat just similar to the K8 Note.

Lenovo India has started teasing the K8 Plus smartphone on its social media platforms including Twitter and Facebook. Moreover, the Lenovo K8 Plus will be a Flipkart exclusive product. Lenovo’s teaser hints at the K8 Plus having a dedicated media play/pause button, which indicates the presence of Dolby Audio. The phone will run on stock Android 7.1 Nougat just similar to the K8 Note. The latest teaser says “Do you look at your smartphone and always #KraveForMore? It’s time to end that with the new and powerful #LenovoK8Plus. Coming soon!”

Do you look at your smartphone and always #KraveForMore? It’s time to end that with the new and powerful #LenovoK8Plus. Coming soon! pic.twitter.com/NW97M9oAQ6

Lenovo K8 Plus was earlier spotted on the Geekbench benchmarking website before the launch of Lenovo K8 Note. In the GeekBench listing, the Lenovo K8 Plus got 861 points in single-core test and in multi-core test it received 3761 points. As per the listing on Geekbench, the Lenovo K8 Plus has 3GB RAM and MediaTek Helio X20 1.69 GHz deca-core processor with Mali T888 GPU. The handset is based on the Android 7.1.1 Nougat operating system.

The Lenovo K8 Note boasts a dual camera set up 13-megapixel and 5-megapixel rear camera with LED flash and a 13-megapixel front shooter with LED flash to capture depth information. For connectivity, the smartphone has a hybrid dual sim, 4G/LTE, WiFi (802.11 a/b/g/n/ac), micro-USB port, Bluetooth 4.1, GPS/A-GPS and 3.5mm audio jack. The device is splash resistant with water-repellent nano-coating and features a fingerprint sensor at the back. It also comes with comes with Lenovo’s usual Theatermax tech and Dolby Atmos. The K8 Note measures 154.5×75.9×8.5mm and weighs 180 grams. The sensors include an accelerometer, ambient light sensor, gyroscope, magnetometer, and proximity sensor.