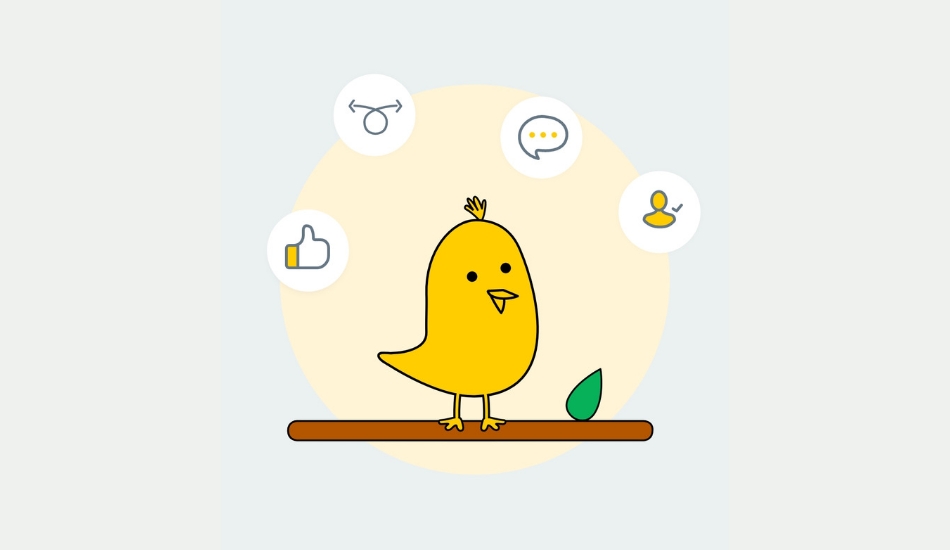 India wants to be Atma-Nirbhar in every aspect, as a result of which, we now have an Indian Twitter alternative which is gaining popularity by the day. The app is called ‘Koo’ and has even won the AatmaNirbhar innovation challenge held by the Government of India in August 2020.

The app is a ‘Made in India’ service and is a microblogging app where you can follow famous personalities from India, share your opinions on various topics, following topics that interest you, and many other things that are the same as Twitter. 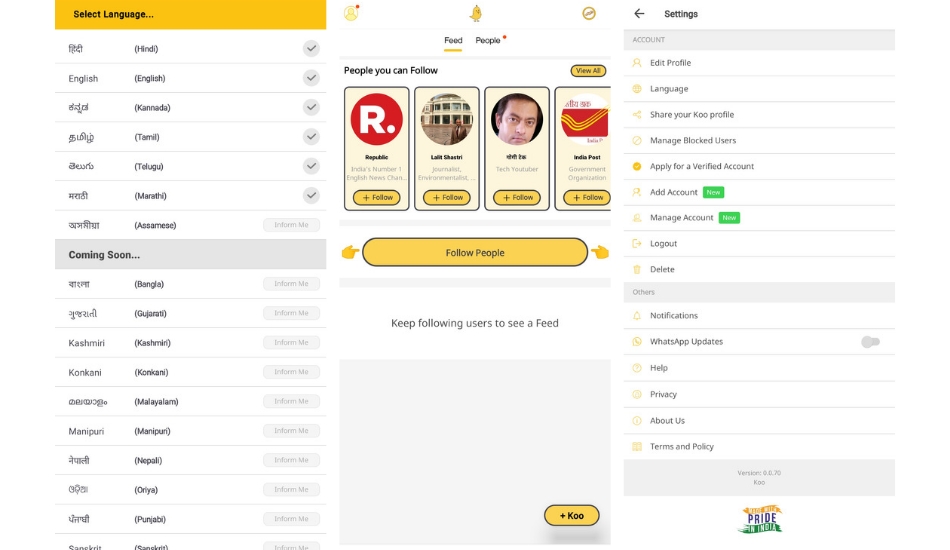 You can post on various topics with trending hashtags similar to Twitter as the app wants you to express yourself by ‘Kooing’ daily on the app. PM Narendra Modi has also encouraged Indians for using the Koo App during his Mann Ki Baat speech. The app touts of having support for various Indian languages and many more to come in the future including Sanskrit and Urdu.

As per the app’s description on Play Store, you can share your opinions / updates as follows:

– Discuss your opinion on any topic in Indian languages 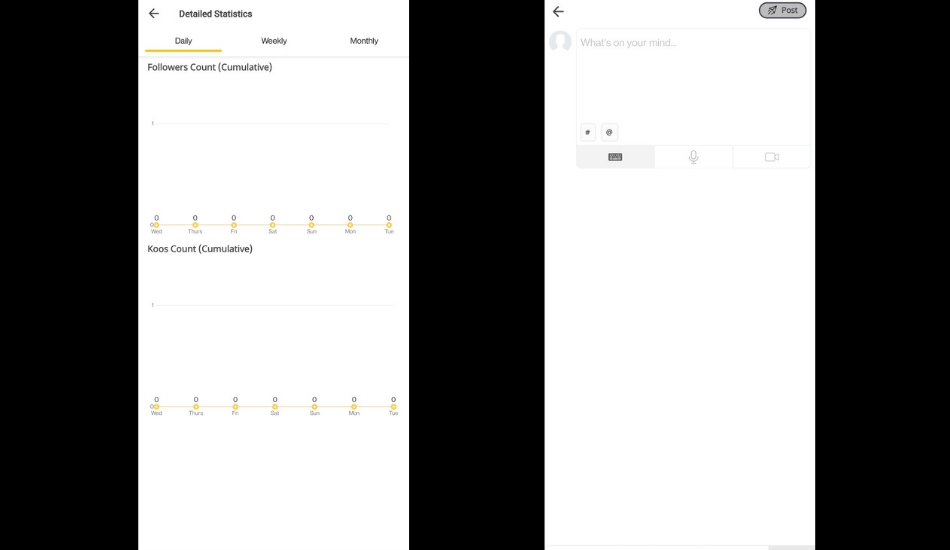 The app has been present on Play Store for quite a while now as it got released back in November of 2019, but has just recently started to gain momentum after Twitter began to face some heat from the government. In fact, the government bodies including the Ministry of Electronics and IT, MyGov, Digital India, India Post, NIC, NIELIT, SAMEER, Common Services Center, UMANG app, Digi Locker, NIXI, STPI, CDAC, CMET and many more already have their handles on the Koo app. 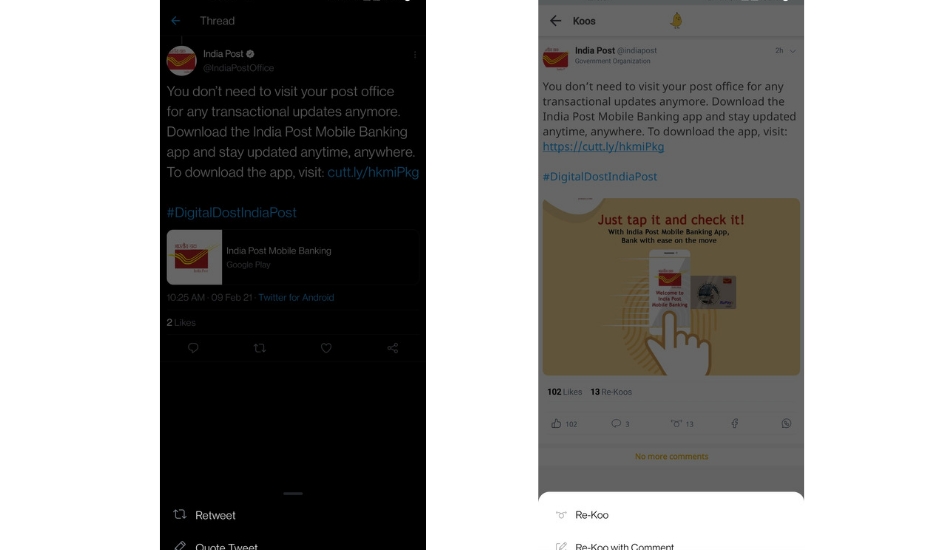 Comparing with that of Twitter, the app has a Re-Koo option which is Twitter’s retweet option but just renamed. Then while you have a Koo opened, you have a like option same as Twitter but it is a thumbs-up in Koo’s case and not a heart. Apart from that, you have the comments option and two additional buttons to share the Koo directly on Facebook or WhatsApp. 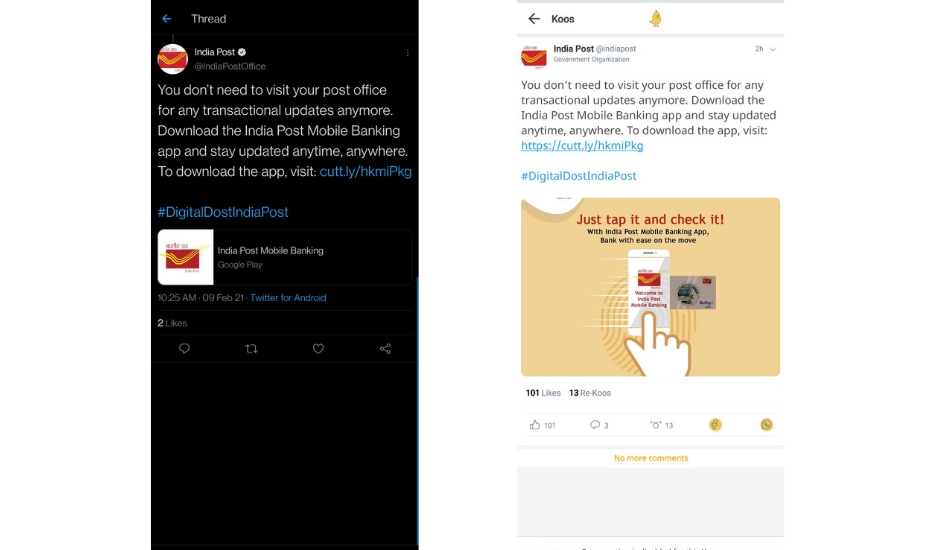 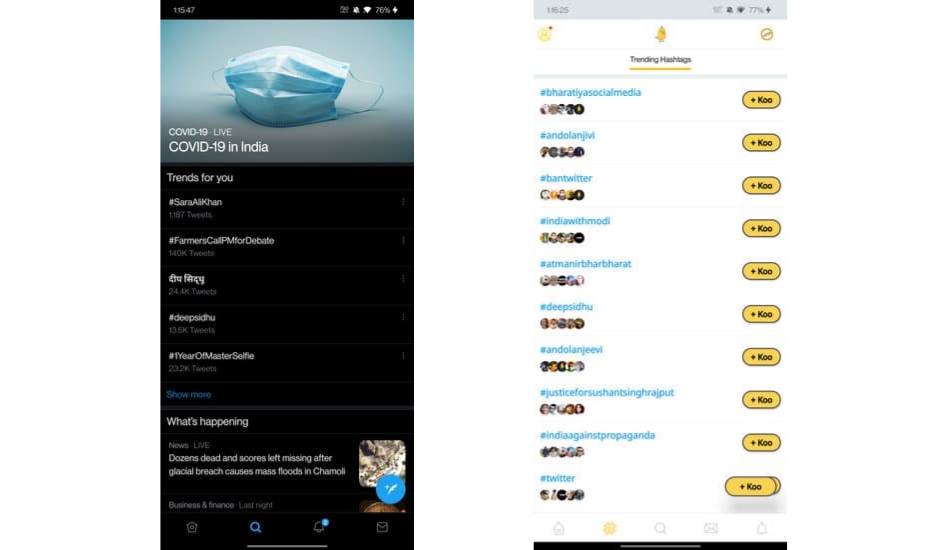 On the main feed, Koo has 4 tabs at the bottom including your news feed, a page showing all the trending hashtags, a search button, a direct messages tab, and a notification tab where you will see all the notifications. Twitter has 4 of the same tabs as Koo excluding the ‘Trending Hashtags’ button which Twitter includes in the Search tab itself.

Because of the ‘Made in India’ sentiment, the app has started gaining a lot of users including some actors such asAshutosh Rana and Ashish Vidyarthi. The app has also seen accounts fromUnion Minister Ravishankar Prasad, Indian cricketers Anil Kumble and Javagal Shrinath, spiritual teacher Sadguru Jaggi Vasudev, and Journalist Taran Adarsh.

As we can see, the Koo app has an identical functionality and features to Twitter. The app is somewhat an Indian clone of Twitter but with less features and a lesser modern UI. It doesn’t have as many users as Twitter but is trying hard to be the Indian alternative to the famous social media application by adding more features and attracting the users to use the application.