Kodak has launched a new 42-inch variant under its 7XPRO series of Android TVs.

Kodak HD LED TV has announced the expansion of its 7XPRO series by unveiling its 42-inch FHDX7XPRO TV on Flipkart during the Flipkart Republic Day sale starting on Jan 20, 2021.

Kodak HD LED TV also announced the launch of its recent 50-inch UHDX7XPRO TV on Flipkart. The 42-inch FHD and 50-inch UHD variants of 7XPRO series will be exclusively available at Rs 19,999 and Rs. 29,999 respectively as a part of the 7 days Flipkart Republic Day Sale. 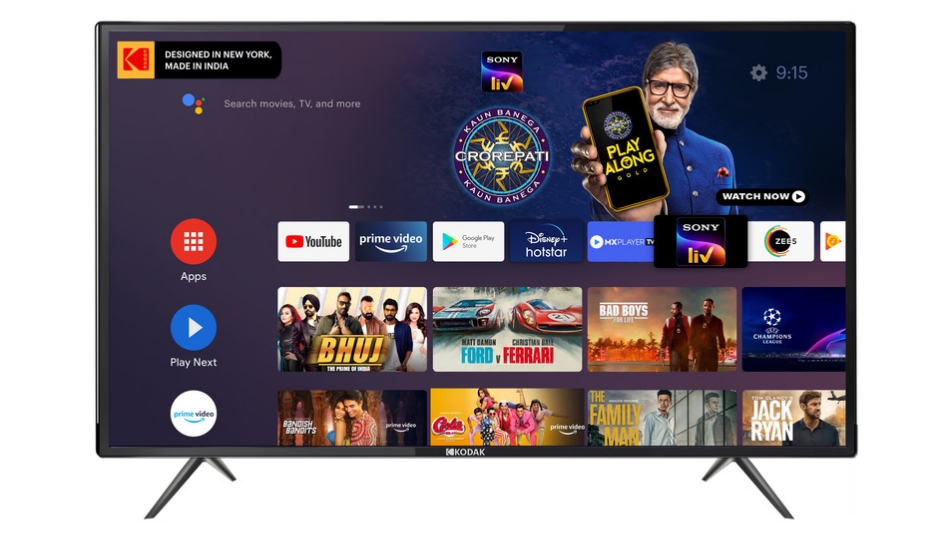 The TVs are loaded with a Cortex A53 Quad Core Processor and Mali450 GPU that help TVs run smoothly. They offer screen brightness of up to 500 nits that allow vivid picture quality with proper contrast. With an aim to offer a better viewing and overall customer experience, these official android televisions are coupled with chromecast.

The new 42-inch TV comes with a powerful sound of 30W and Pre-loaded applications such as YouTube, Prime Video, Disney+ Hotstar, Sony Liv, MX player, Zee5 and many more, offer theatre-like experience to the customers.

Kodak CA TV vs Mi 4X TV: Which one is better?