The new Kodak XPRO TVs will be powered by a quad-core A53 CPU with a Mali-450MP multi-core GPU, 1GB of RAM and 8GB of flash storage. The new Kodak TV will feature a 24-watt audio unit with Digital surround sound, Total volume, Dynamic surround and feather sound support. 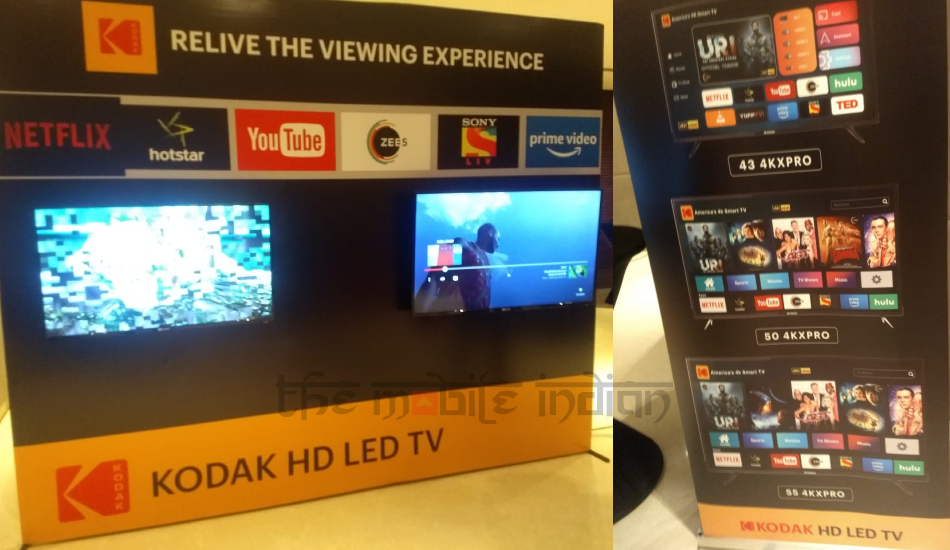 For connectivity, the Kodak XPRO 4K TVs will feature three HDMI ports, two USB ports, WiFi and an RJ45 ethernet port. The TVs will support content in 48 languages and will be enabled with Voice search and over 5,000 apps and games. While all three TVs come with screen mirror and casting features, it’s the Kodak 43 4KXPRO that additionally comes with Airplay support.

Speaking about the new launches, Super Plastronics Director and CEO, Avneet Singh Marwah said “We are delighted to announce the expansion of Kodak XPRO HD LED TV series. We have always marked our efforts proactively to support the demands of our customer. Thus, we have come up with these 4K models and recently we have started new production line at our Noida facility with a production capacity of 3000 units in a day and we will be offering 2-3 variants in every quarter”.