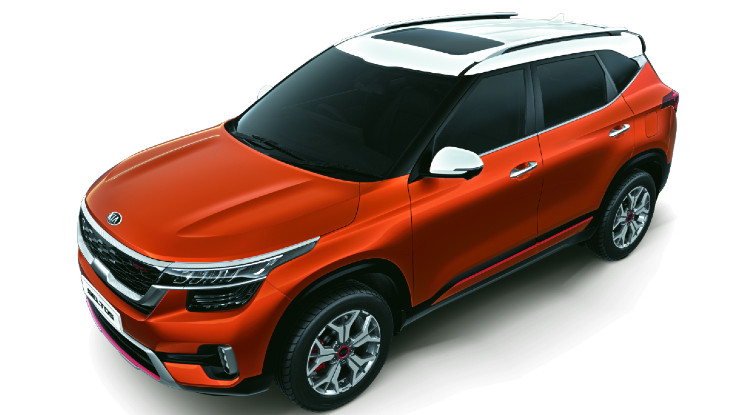 The new version of Seltos looks to match up with the recently launched Hyundai Creta in the segment.

Kia has launched the upgraded Seltos SUV in India this week. The company’s first product in India has been a big hit, clocking decent numbers since its debut in 2019. And now with competition becoming fiercer, Kia has announced prices and the features list for the updated Seltos which will be hitting dealerships very soon. It’s good to see the prices of the 2020 Kia Seltos start at the same Rs 9.89 lakh, while now it goes up to Rs 17.34 lakh for the top-spec automatic diesel variant.

In terms of design, the updated Seltos looks more or less like the original version. Having said that, the HTX+ and GTX+ variants now come in a dual-tone exterior paint shade. These new updates come with a marginal price bike across some variants for up to Rs 30,000.

You’ll notice that Kia has added subtle touches to its components on the inside and outside. There’s a silver finish on the temperature control panel, there are scuff metal plates on all the doors. While the higher variant gets faux leather finishing and printed dashboard. In terms of features, the automatic variant supports remote engine start feature and an emergency stop signal feature. All the variants of Seltos now come loaded with front and rear USB charging points. While the HTX and GTX variants finally get a sunroof.

There are some tech improvements done with the Seltos as well. The company’s UVO Connect app offers a new voice command feature called Hello Kia. You can connect the car through a smartwatch, and the app lets you control settings of the air purifier inside the car.

The Seltos comes in three engine options. You get 1.5-litre petrol, 1.4-litre turbocharged petrol and 1.5-litre diesel engines that push out 115PS of power, 144Nm of torque, 140PS of power, 242Nm of torque and 115PS of power and 250Nm of torque respectively. You get these with either six-speed manual, automatic or dual-clutch automatic (DCT) gearbox. The Kia Seltos competes with the new Hyundai Creta, MG Hector and Jeep Compass among other SUV’s in the market.