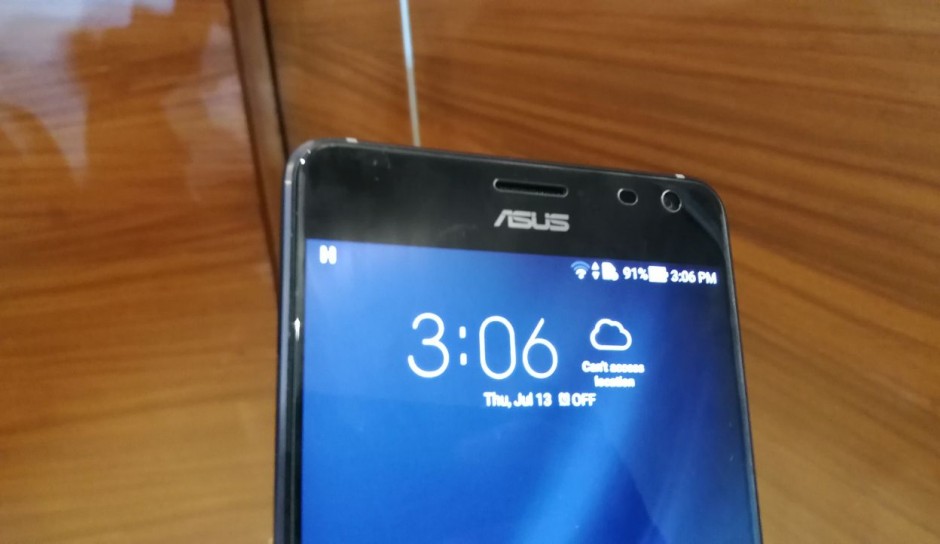 An unannounced Asus smartphone which goes by the model name ‘ASUS X00RD’ has been spotted on a GeekBench benchmarking website. The listing has spilt some beans on the expected specifications of the upcoming smartphone. From the specifications, the smartphone seems to be a part of recently-launched Android Oreo (Go Edition) programme.

In the GeekBench listing, first spotted by leakster Roland Quandt, the Asus X00RD got 640 points in single-core test and in multi-core test it received 1664 points. As per the listing on Geekbench, the Asus X00RD has 1GB RAM and Qualcomm Snapdragon 425 1.40 GHz quad-core processor. The handset is based on the Android 8.1 Oreo operating system. From the specs, we expect this Asus device might be an entry-level smartphone. Since the phone comes with entry-level specs like 1GB RAM, it is widely expected that the Asus X00RD will be an Android Go smartphone. 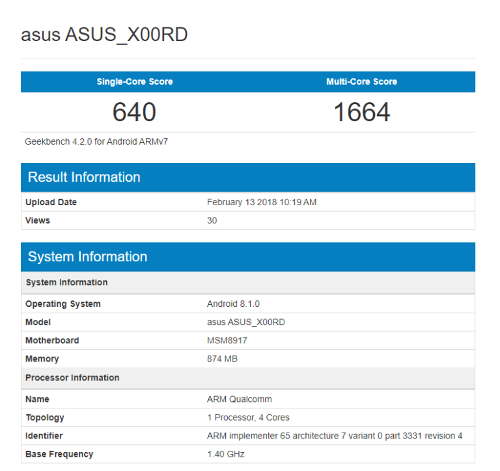 Note – The Lead Image is for the repsentational purpose only.