iQOO is gearing up to launch Neo 3 5G smartphone. The company has now announced the launch date via its Chinese Weibo handle.

iQOO has announced that Neo 3 5G will be launched on April 23. The company has also revealed some features of the upcoming smartphone. 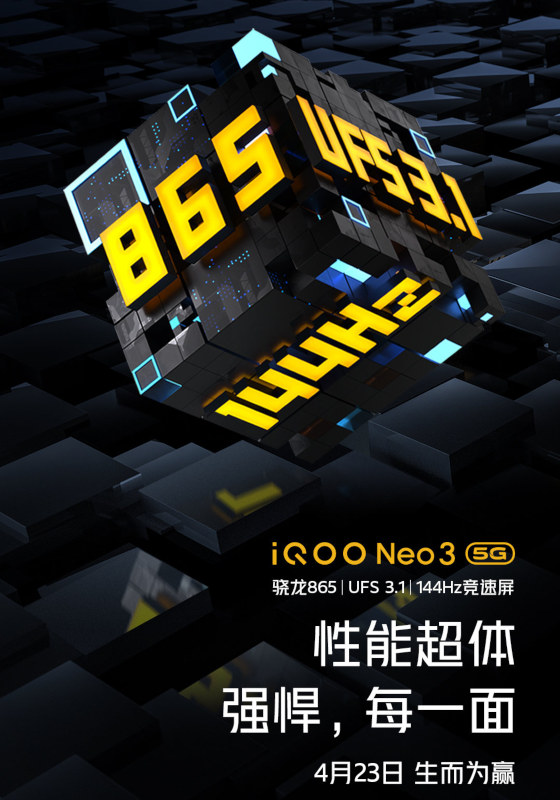 The smartphone will be powered by the Qualcomm Snapdragon 865 processor which will bring both standalone (SA) and non-standalone (NSA) 5G support to the device. The phone will also be equipped with UFS 3.1 storage. technology under the hood.

As per rumours, iQOO Neo 3 base model will have 6 GB of RAM and 128 GB of storage. The phone will run FunTouch OS 10 based Android 10. For the camera, it is rumoured to come with a 48-megapixel quad camera setup. It may house a 4,500mAh battery with 44W fast charging support.

iQOO 7 for India could be a rebranded iQOO Neo 5

iQOO 7 series confirmed to launch in India this month

iQOO Neo 5 gets BIS Certification, to launch soon in India

iQOO 7 Legend tipped to launch in India this month