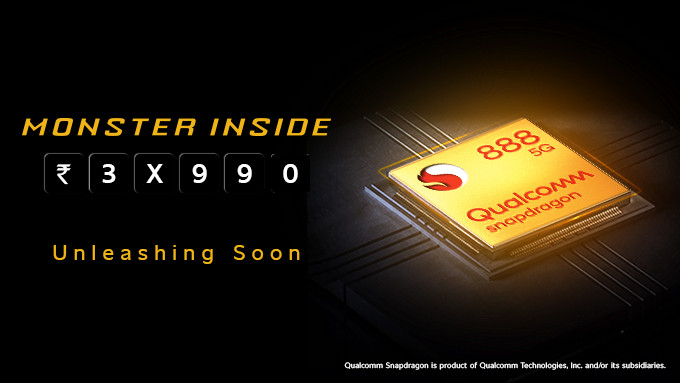 iQOO has confirmed to launch a Snapdragon 888-powered smartphone in India that will be priced under Rs 40,000. The company has not revealed the smartphone’s name but we know it is the iQOO 7.

The tweet reads “What’s better than Bang For The Buck? More Bang, Less Bucks! Put your seat belts on, this ride is going to be faster than we have done ever. Unleashing Soon with Qualcomm Snapdragon 888!. #iQOO #MonsterInside #FastestSmartphone #UnleashingSoon.”

To recall, theiQOO 7 flagship phone was announcedin January this year in China. The handset comes with the Snapdragon 888 processor, triple rear cameras, 120W fast-charging support, and a high refresh screen.