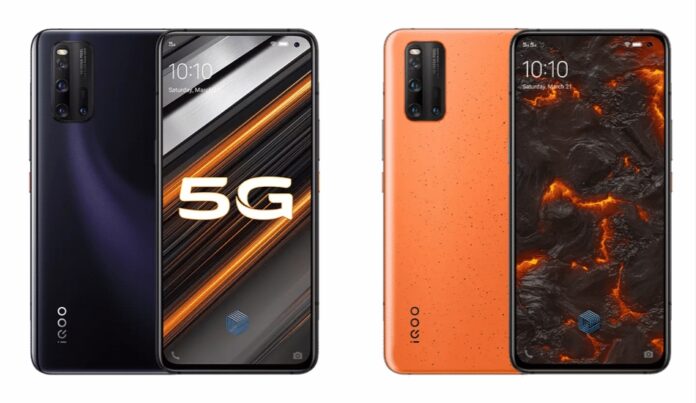 The iQOO 3, launched back in April 2020, turned many heads as it was the company’s first smartphone in India to get launched and was a value-for-money offering, considering it came with the flagship Snapdragon 865. The company has made it an even better offering with a big price cut in India for the iQOO 3.

Originally, the iQOO 3 was priced at Rs 29,990 for the 128GB variant, Rs 34,990 for the 256GB variant and Rs 39,990 for the top model with 5G. Considering this was almost a year ago, the current prices of the phone makes it a steal, and as a result, the two 4G models are already shown as out of stock at the time of writing this article.

The iQOO 3 sports a 6.44-inch Full HD+ Super AMOLED display with a screen resolution of 2400 x 1080 pixels along with 409ppi pixel density, Corning Gorilla Glass 6 protection. It comes with a 180Hz response rate and 91.4 per cent screen-to-body ratio, 800nits brightness and more.

The smartphone is powered by the Qualcomm Snapdragon 865 processor along with Adreno 650 GPU. The phone is loaded with up to 12GB of LPDDR5 RAM and up to 256GB of UFS 3.1 of internal storage. On the camera front, the smartphone is loaded with a quad-camera setup with a combination of a 48-megapixel primary lens with f/1.79 aperture, a 13-megapixel telephoto lens with f/2.46 aperture and 20x digital zoom, a 13-megapixel wide-angle lens with f/2.2 aperture and a 2-megapixel bokeh camera.

For the front, there is a 16-megapixel Samsung S5K39PSP04-FGX9 sensor with an f/2.45 aperture. The smartphone is juiced up by a 4,400mAh battery with 55W Super FlashCharge technology that can charge the smartphone up to 50 per cent in just 15 minutes.

With specifications like these, the iQOO 3 still stands as a strong competitor against Xiaomi’s Redmi Note 10 Pro Max, Mi 11 Lite and its own iQOO Z3 smartphone. With Snapdragon 865 and Adreno 650 GPU, you will perform heavy tasks with ease and gaming at maximum graphics. Although you may miss a high refresh rate screen, the smartphone makes up for it in other departments, such as faster charging speeds, a better processor, fast UFS 3.1 storage, and 5G.