The 6.1-inch iPhone 12 Pro will have a LiDAR sensor, really flat sides, and a lot of other cutouts. The phone will also support Wireless charging

Apple’s upcoming iPhone 12 Pro has leaked yet another time and this time, the leak has showcased the frame of the device where the logic board usually sits and how the device with a look from the back. Previously, the specifications and live videos have also been leaked.

One of the popular leaksters Jon Prosser tweeted the mass production of the new iPhone has already started. He also added that, unfortunately, 120Hz display refresh ratedid not make its way in the models which is disappointing. @EveryApplePro who runs one of the most popular YouTube channels for everything related to Apple also shared a short video where the back chassis is being shown. 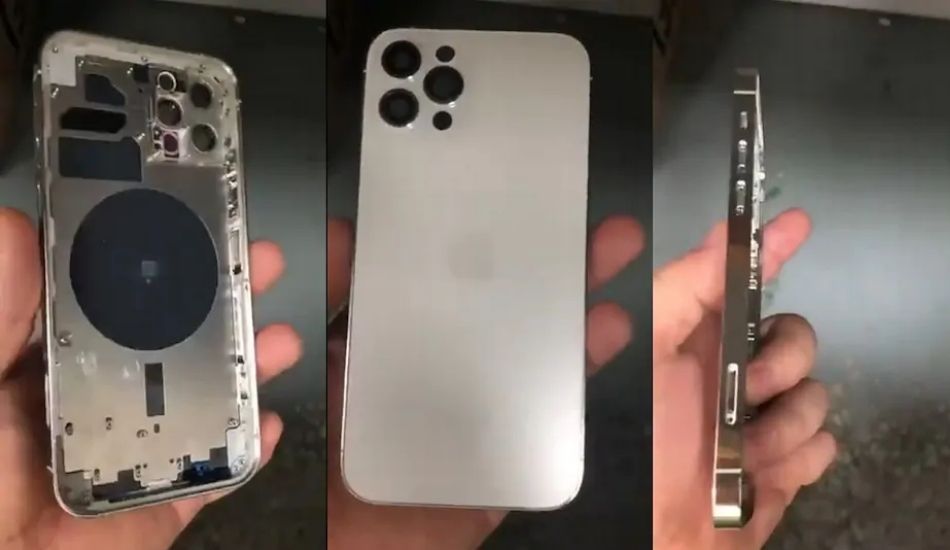 The 6.1-inch iPhone 12 Pro will have a LiDAR sensor, really flat sides, and a lot of other cutouts. Apart from that, the wireless charging coil is also present. The boxy design reminds us of iPhone 4/4s/SE/5’s design language. The triple camera setup looks quite similar to the iPhone 11 Pro/Pro Max.

Coming to some of the minor changes, the SIM card tray has also been moved to the right side of the phone. Some reports also suggest that both the Pro and Pro Max models will have a LiDAR sensor.

All the models are expected to arrive with support for wireless charging out of the box and as per the reports, the 12 series phones will have strong magnets to help the phone to stick to the wireless charging pad very well while charging.

Apple’s iPhone 12 series is expected to be unveiled in an event on September 15. Apple is calling it the “Time Flies” event and alongside its latest iPhones, the giant will also unveil a budget Apple Watch, Two iPads and Apple Watch Series 6.