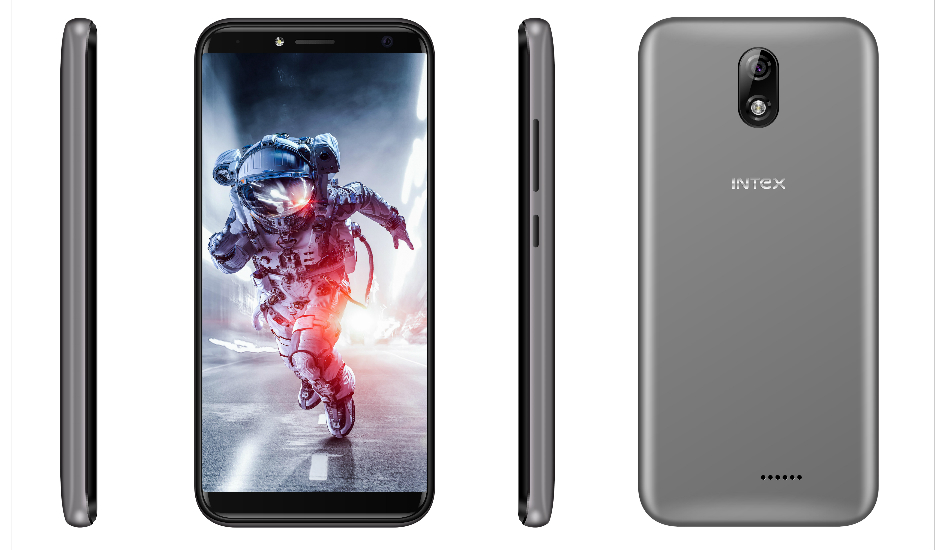 Infie 3 is Intex’s first Android Go smartphone running on an optimised version of Android Oreo. There’s an 18:9 FWVGA+ 4.95-inch screen on the front with a 2MP selfie lens on top. The device is powered by a qual-core 1.1GHz processor of an unknown making which is paired with 1GB of RAM and 8GB of onboard storage.

Local handset maker Intex has announced the company’s first Android Go-based Infie 3 alongside the Infie 33, both budget Android smartphones flaunting 18:9 displays with 2.5D curved glass on top. Both Infie smartphones will equip Face Unlock for authentication in addition to a 5MP sensor at the back. While the Infie 3 sells for Rs 4,649, the Infie 33 will be available for an asking price of Rs 5,049.

Up first, the slightly smaller (140.2 X 66.2 X 10.2mm)Infie 3 is Intex’s first Android Go smartphone running on an optimised version of Android Oreo. There’s an 18:9 FWVGA+ 4.95-inch screen on the front with a 2MP selfie lens on top which is capable of face unlock. The device is powered by a qual-core 1.1GHz processor of an unknown making which is paired with 1GB of RAM and 8GB of onboard storage. The device is available in Grey, Gold and Light Blue coloured variant, all of which equip a 5MP camera at the back and is fuelled by a 2,000mAh battery, that Intex says will last to up to 9 hours on call and 180 hours on standby with a single charge. 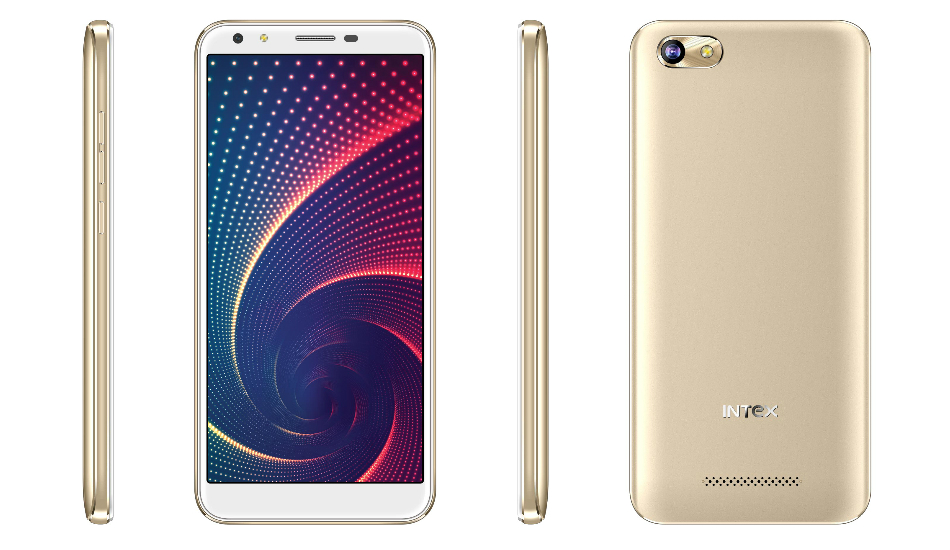 Measuring in at145.80 X 69.60 X9.03mm, the Infie 33, priced at an additional Rs 500, offers a larger 5.34-inch FWVGA+ 18:9 display and is powered by a quad-core Spreadtrum SC9850 processor, with mere 1GB of RAM and 8GB storage. The camera, however, gets an upgrade as both the front and back sensors are now 5MP cameras with an LED flash. The 3,000mAh battery on the inside as the company claims will provide up to 13 hours of talktimeand the device also equips a G-sensor, Light and proximity sensors. TheAndroid Nougat-based device is available in Black, Blue, and Champagne colours and supports 4G VoLTE, Dual SIM and Bluetooth v4.2.

Speaking as part of the launch, Intex Director, Nidhi Markanday said “With each passing year, consumer demands, especially from the youth, keep evolving, leading to ever-changing trends in smart phones, the most important tech gadget in our life today. After body design, processor, big display and camera, it’s time for bigger screen ratios giving life-size view and perspective. The Full View Series from house of Intex is all about Big View and INFIE 33 & 3 models are tech marvels for discerning consumers brought in the affordable new sub-5K price point for the market”.