The Intel Core X-series processor family is claimed to be the most powerful high-end desktop platform offered by Intel.

Intel has announced the specifications its 12 to 18 core processor series: Intel Core i9-7920X, Core i9-7940X, Core i9-7960X and the Extreme Edition Core i9-7980XE processors. First announced at Computex 2017, the Intel Core X-series processor family is claimed to be the most powerful high-end desktop platform offered by Intel. These processors are made to deliver performance demands for virtual reality (VR), content creation, gaming and overclocking.

The Intel Core i9 Extreme Edition processor features 18 cores and 36 threads and can be scaled across 18, 16, 14, 12, 10, 8, 6, and 4-core options. The Intel X299 chipset offers with improved I/O capabilities along with LGA 2066 socket for Intel Core X-series processor family. Intel Optane memory support offers additional system performance along with up to 68 lanes of PCIe 3.0 on the platform to expand with fast SSDs and multiple discrete graphics cards. 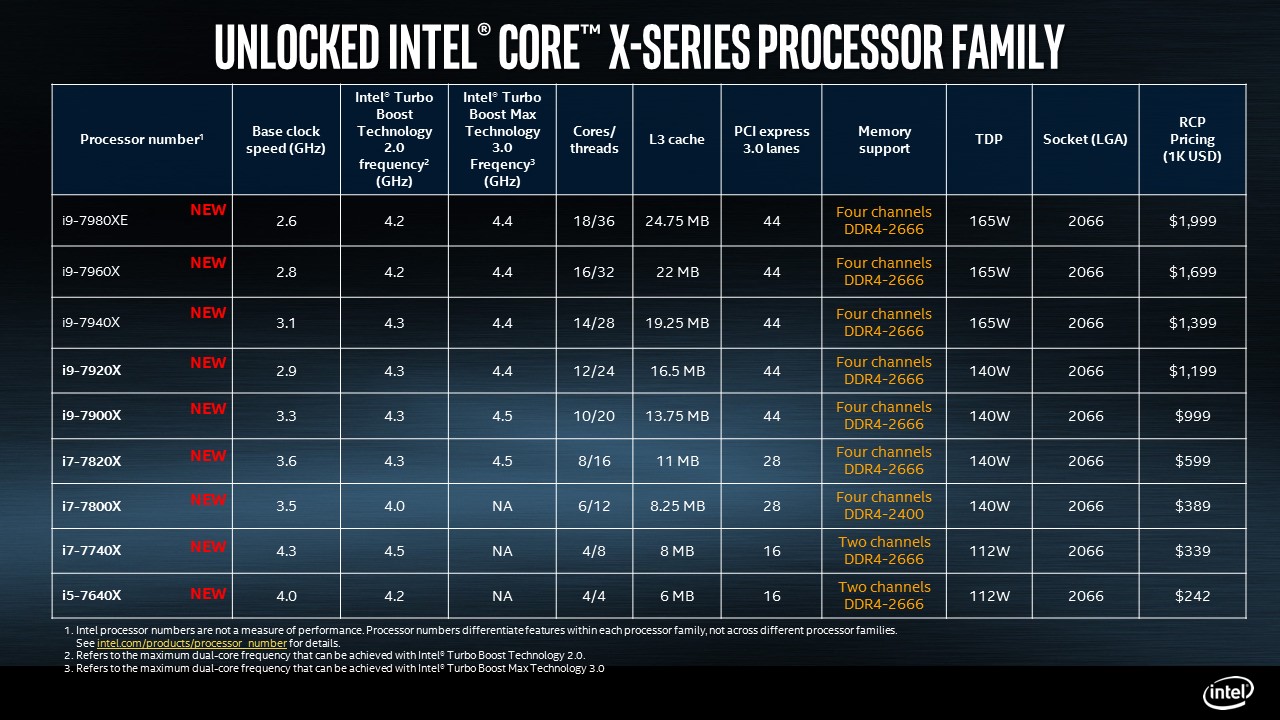