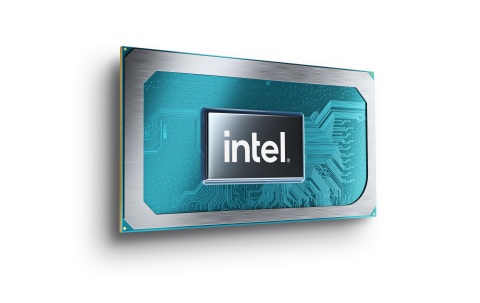 Intel has launched 10 new 11th Gen laptop CPUs based on the ‘Tiger Lake’ architecture. The new processors are aimed at high-end gaming and workstation laptops, including commercial vPro-enabled models. We can also see them being equipped on thin and light laptops used for every day work.

The 11th Gen Intel Core H-series mobile processors, based on 10nm SuperFin process technology and reaching speeds of up to 5.0GHz, can deliver high-end performance with up to eight cores and 16 threads along with PCIe Gen 4 support, a first for any H-series laptop.

With 20 lanes of PCIe Gen 4, the processor offers 4k HDR/Dolby Vision video streaming, rich configurations with fast storage, hybrid Intel Optane storage for high performance and capacity, 6GHz Intel Killer Wi-Fi 6E (Gig+) support, and Thunderbolt 4 with up to 40 gigabytes (GBs) per second for faster connections. You get Memory support up to DDR4-3200.

The top end Core i9-11980HK CPU which leads the pack is touted as the “World’s Best Gaming Laptop Processor”. It has eight cores with Hyper-Threading and 24MB of L3 cache memory. It features a 2.6GHz base frequency and can run at up to 3.3GHz with a 65W configurable TDP, or up to 5GHz on two cores leveraging Intel’s Turbo Boost Max 3.0 feature when thermal conditions are optimal.