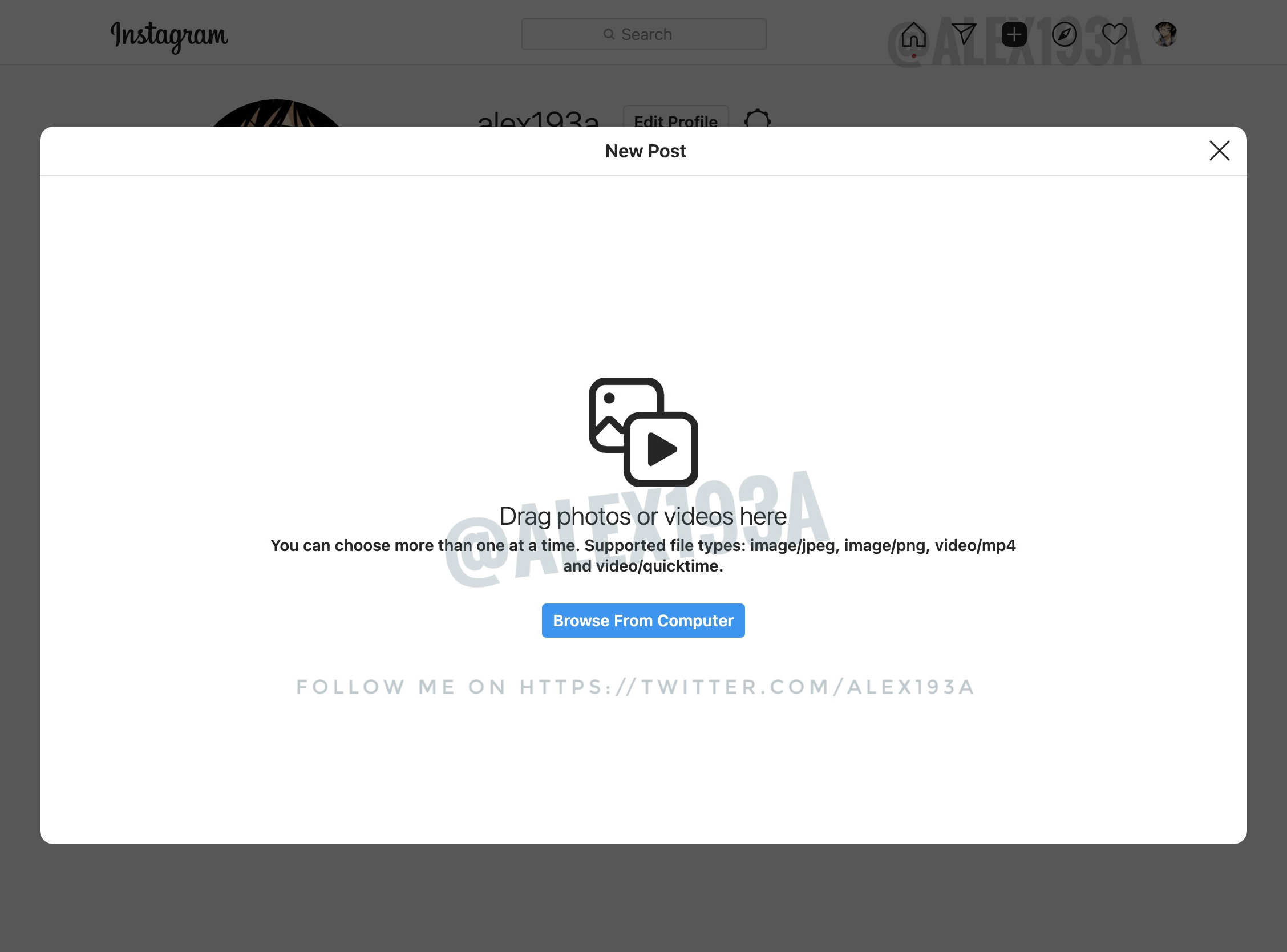 Instagram has been adding features to its desktop website for a quite a while now but it still misses out on one of the core functionalities of the social media service, which is the ability to make a post. But it seems like that might change soon as per leaks.

As per tipster Alessandro Paluzzi (@alex193a) on Twitter, Instagram is working to add the ability to post from its desktop website. The social media platform will not only give you the ability to create posts but it will also allow you to edit on the website itself. 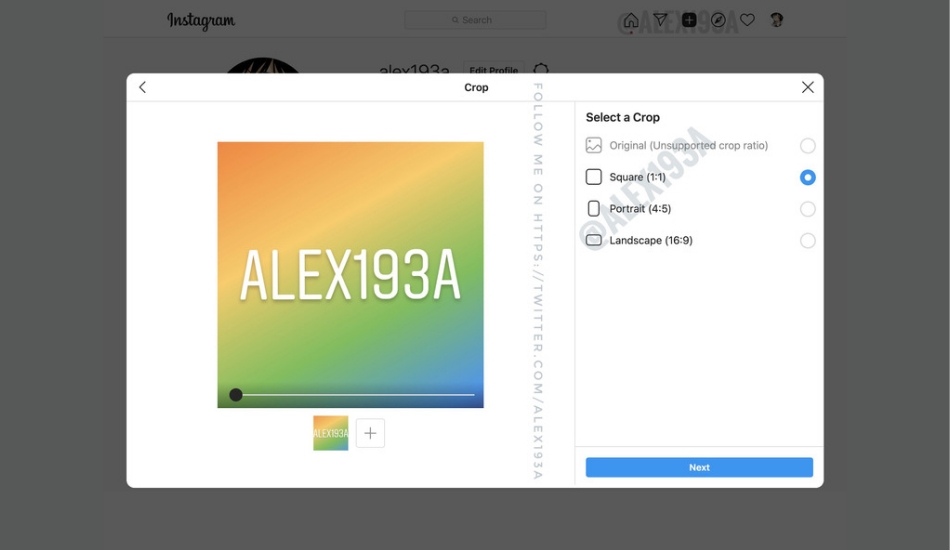 The tipster also shared some mockups of what the feature could look like once it arrives. Per the screenshots shared by him, you will be able to drag and drop photos and also browse through the file manager to select the photos you want to post. You will also get cropping functionality with Square, Portrait and Landscape as your options to choose from. 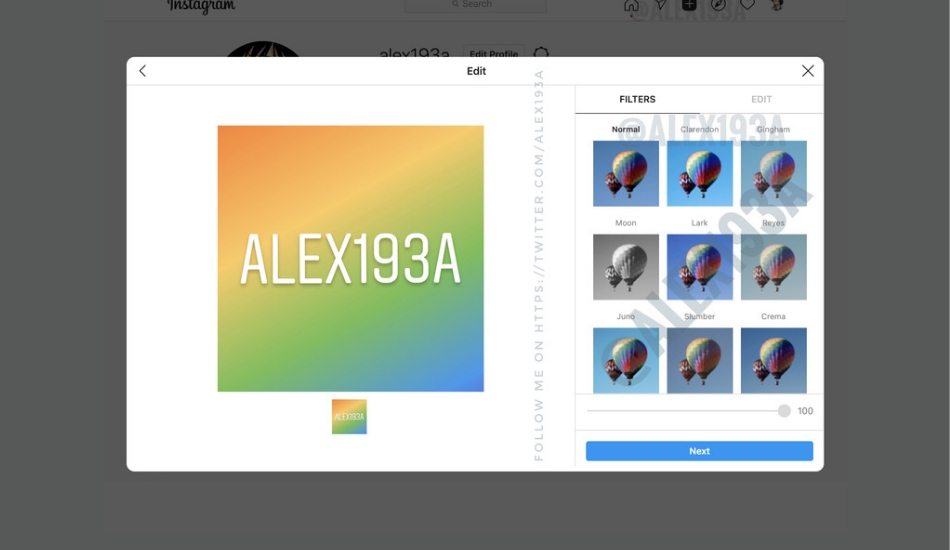 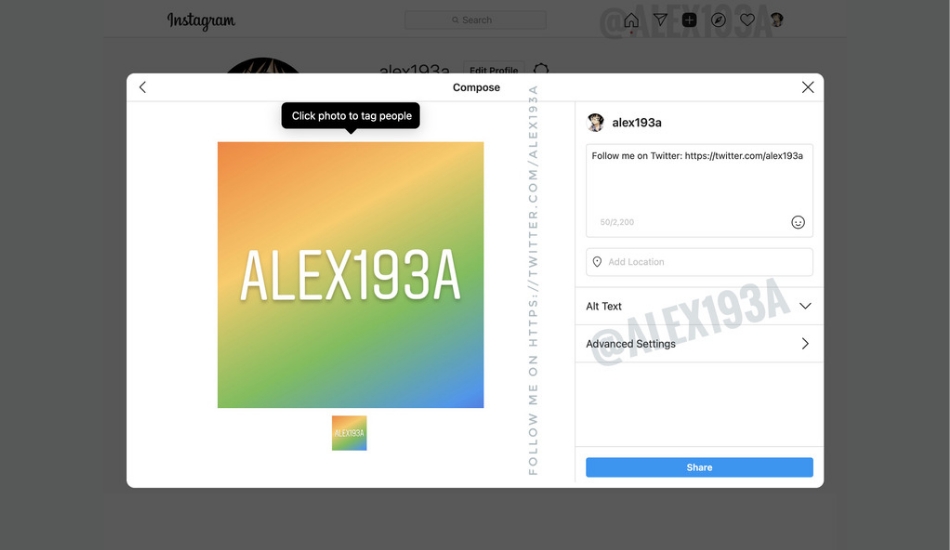 You will get a bunch of filters and an ‘Edit’ tab where you will presumably be able to change the brightness, contrast, and other features of the photo. Once you reach the final screen, you will be able to add a caption for your photo along with location and alt text. On the left, you will always be seeing the preview of the photo as to what the final piece would look like.

The tipster further notes that the feature is currently being tested only internally and is not available to the public. So it might take a bit longer for Instagram to roll out the same for the general public. Also, some features may or may not make it to the final release once its available.