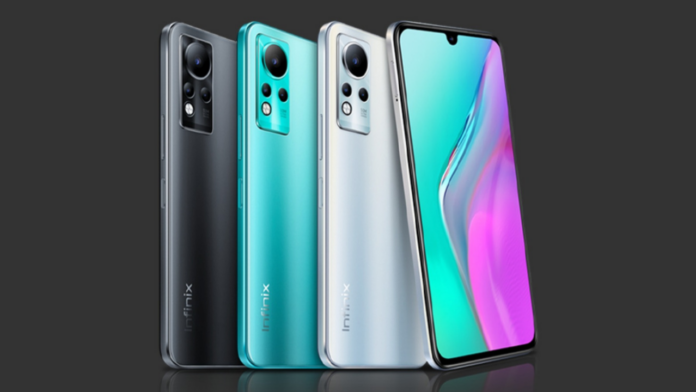 Pricing information for the Infinix Note 11 has been kept under the wraps. The phone is expected to be made available in African and Asian markets. In addition, the device will come in three colors including Celestial Snow, Glacier Green, and Graphite Black.

Under the hood, the device has a MediaTek Helio G88 SoC. It comes with up to 6GB LPDDR4X RAM and up to 128GB storage. The phone also comes with support for 3GB of extended RAM. You also get expandable storage support up to 2TB using a MicroSD card.

The Note 11 comes with a triple rear camera setup. The setup includes a 50-megapixel f/1.6 primary sensor alongside an AI lens. Additionally, there is a 2-megapixel bokeh sensor in the setup. In addition at the front, it has a 16-megapixel selfie shooter. For the software, the smartphone runs on Android 11 OS with the Infinix XOS 7.6 custom skin on top.

Further, on the battery front, it packs a 5000mAh battery with 33W fast charging support. Moreover, the phone has a side-mounted fingerprint sensor and face unlock support.

In comparison with the Pro model, the Note 11 Pro features a Helio G96 SoC but replaces the AMOLED panel with a 120Hz IPS LCD display.