Infinix Hot 8 to launch in India tomorrow, Here’s what we know so far 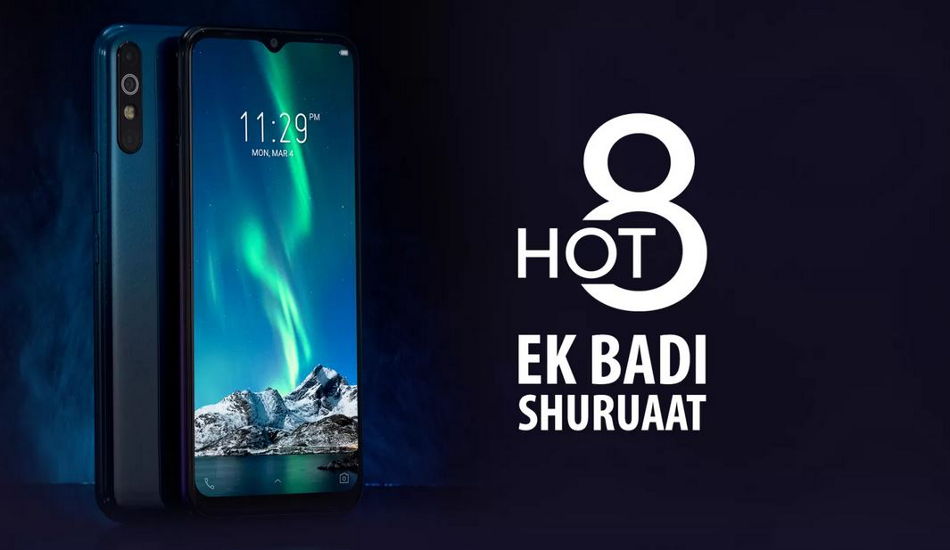 Infinix Hot 8 will be featuring a triple rear camera setup at the back and a Super Selfie camera.

Infinix is all set to launch its budget smartphone – Infinix Hot 8 in India on September 4 i.e tomorrow.The smartphone will be the successor of Infinix Hot 7 smartphone which was launched in July this year in India. Before its launch, let’s have a look at the expected specifications and features of the upcoming smartphone.

Flipkart has been teasing the upcoming Infinix launch from quite a few days revealing the features with hashtag EkBadiShuruaat. The e-commerce website has already confirmed that Infinix Hot 8 will be exclusively available on its portal at a price tag of Rs 6,999. As per the teasers on Flipkart, Infinix Hot 8 will come with a long-lasting battery which will be more than 4000mAh battery. We know that the smartphone will be featuring with 5000mAh battery.

Further, the teasers show that Infinix Hot 8 will be featuring a triple rear camera setup at the back and a Super Selfie camera. The rear cameras will be aligned vertically with quad-LED Flash. The phone will feature a gradient finish at the back. The volume rocker and power button will be placed at the right side while the left side will feature SIM slot tray.

The phone will feature a display size bigger than 6-inch with dewdrop notch design housing the front camera. This design has now been a standard in budget phones. We expect the phone’s display to be anywhere between 6.2 to 6.5-inches. The storage has been confirmed by Flipkart as per which the Hot 8 will have 4GB of RAM and 64GB of internal storage.

Infinix Hot 8 is most likely to run Android Pie operating system. For the processor, it is reported to come equipped with an Octa-core MediaTek P22 processor. The phone will be featuring a fingerprint sensor at the back and it is likely to come with face unlock as well.

Earlier, Flipkart even conducted a survey wherein the company had asked Indian consumers about what they want in a smartphone that would be priced at Rs 6,999. The survey had four parameters named Display Size, Battery capacity, RAM with Internal storage and Camera setup.