Infinix Hot 8 to launch in India on September 4 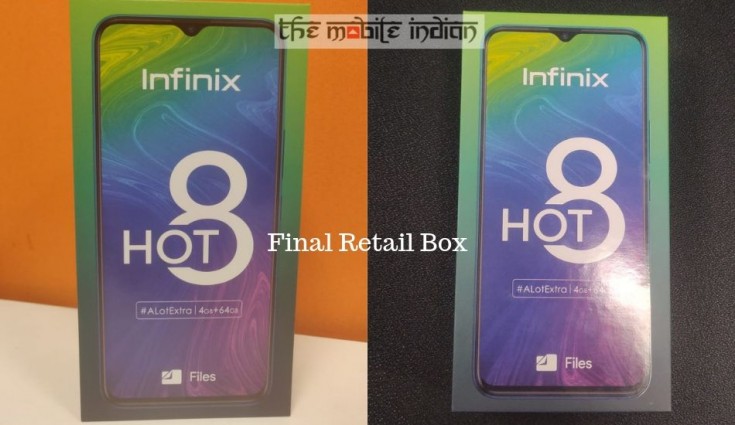 Infinix Hot 8 will be the successor of Infinix Hot 7 smartphone which was launched in July this year in India.

We recently exclusively reported that Infinix is all set to launch its new smartphone in India soon, named as Infinix Hot 8. Now the same has been confirmed as the company has now started sending the media invites for the upcoming launch on September 4. 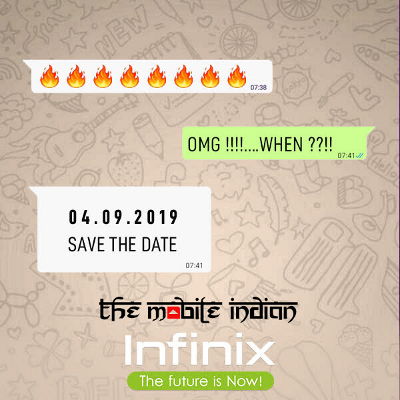 As per our report, Infinix Hot 8 will be priced under Rs 10,000. The smartphone will launch in Indian markets first and later on made available in other regions. For the specs, it will have 4GB of RAM with 64GB of internal storage and will come equipped with an Octa-core MediaTek P22processor. The phone will have a waterdrop notch display and expected to have triple rear camera setup. The Mobile Indian even laid hands-on image of the final retail box of the upcoming Infinix Hot 8.

To recap, the Infinix Hot 7 was launched comes with 6.19-inch HD+ (1500 x 720 pixels) display with 2.5D curved glass, 500nits brightness, 83 per cent screen-to-body ratio and 19:9 aspect ratio. The Hot 7 comes with four camera sensors with two at the rear and two at the front. For the rear, the phone has a 13-megapixel primary sensor with f/1.8 aperture and there is a 2-megapixel depth sensor. For the front, there is a 13-megapixel primary lens with f/2.0 aperture and a 2-megapixel depth sensor with LED flash.

The Infinix Hot 7 gets its power from 4,000mAh battery and runInfinix Hot 8s on Android 9 Pie-based XOS 5.0 out of the box. The phone comes packed with octa-core MediaTek Helio P25 processor paired with handset comes with 4GB of RAM and 64GB storage. Connectivity options include 4G LTE, dual-SIM slots, Wi-Fi, Bluetooth 5.0, and GPS with GLONASS.