Infinix is all set to launch yet another smartphone in the budget segment with Infinix Hot 7. Now, the said smartphone has been found listed on Flipkart and it comes with a price tag of Rs 7,999. The device will be available for purchase from the e-commerce site starting from July 15.

The Infinix Hot 7 come in three colour options including Aqua Blue, Midnight Black and Mocha Brown. The major highlight of the smartphone is the four cameras with two at the front and two at the back panel. 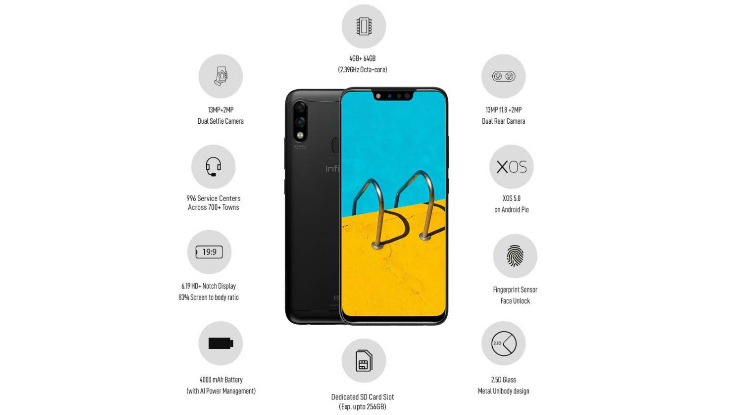 Infinix Hot 7 features a 6.19-inch HD+ display with a screen resolution of 1500 x 720 pixels along with 2.5D curved glass, 500nits brightness and 83 per cent screen-to-body ratio. The smartphone is powered by an octa-core MediaTek Helio P25 processor clocked at 2.39GHz. It is backed by a 4GB of RAM and 64GB of internal storage. The memory can be further expanded up to 256GB via microSD card slot.

The device runs on Android 9.0 Pie and it is backed by a 4000mAh battery. On the connectivity front, it supports 4g VoLTE, Bluetooth 5.0, WiFi, GPS and micro USB port. It also features a fingerprint sensor and face unlock feature. The phone measures 153.9 x 74.8 x 7.9mm and weighs 159 grams.