Huawei Y9 (2018) is likely to feature a dual rear camera setup of 12-megapixel and 2-megapixel sensors.

After Huawei Y9 being spotted on Federal Communications Commission (FCC) just yesterday, official teasers of the smartphone have now surfaced online. Huawei Y9 is said to be the successor of Huawei Y7 which was launched last year. 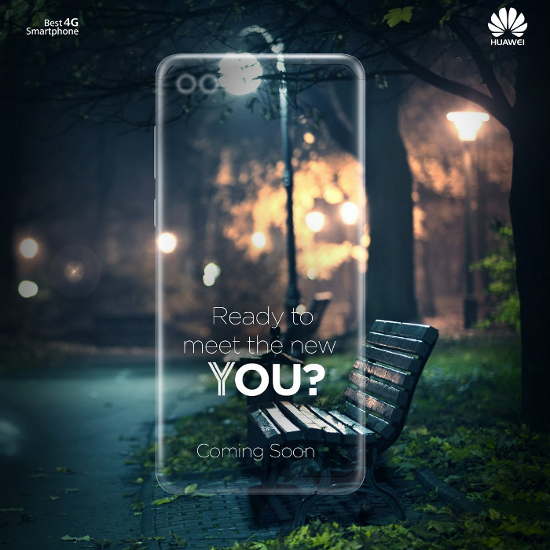 The leaked press render has been leaked by popular leaster, Evan Blass and it is in line with the images spotted in the FCC listing. It shows the dual camera setup in the left corner along with an LED flash and the thin bezel design in the device. It means the Huawei Y9 will come with 18:9 aspect ratio. The image shows that the Huawei Y9  will come in Gold colour with a White front surrounding the display panel. There’s a fingerprint sensor also placed on the rear of the phone. The Huawei Y9 is also expected to have dual front-facing cameras but the teaser does not confirm that.

As per rumours, the Huawei Y9 (2018) will feature a dual rear camera setup of 12-megapixel and 2-megapixel sensors. It is also rumoured to come with a 4GB RAM, 64GB internal storage, 3,900mAh battery, run on Android 8.0 Oreo, a micro USB charging port, and a 3.5mm headphone jack.

The recent FCC listing shows that the Huawei Y9 will feature a bezel-less display with 18:9 aspect ratio. The Huawei logo can be seen at the bottom of the device whereas the dual camera setup without Leica branding is placed on the upper part, alongside the earpiece and the sensors. Below the dual cameras, lies the fingerprint sensor placed in the center. On the right side of the device, there is volume rocker and power buttons while on the left there is a triple slot for dual sim and micro sd card. At the bottom of the device, there is a 3.5mm headphone jack and a micro USB port.

As of now, the exact launch date of Huawei Y9 is not known but reports say that the smartphone might be announced on March 15 in Thailand.

Huawei Mate X2 to be announced on February 22