Huawei Y5 Lite (2018) is expected to be the company’s first Android Go smartphone.

Huawei is working on its next smartphone which is dubbed as Huawei Y5 (2018). The device is expected to be the company’s first Android Go smartphone. Now seems like Huawei is getting ready for the launch of its new smartphone soon in the United States. As per the reports, the device has appeared on Federal Communications Commission (FCC) that regulates interstate and international communications by radio, television, wire, satellite and cable in the US.

The FCC document, however, does not reveal anything apart from that the device will reveal the model number ‘CAG-L03’. The firmware files of the Huawei Y5 Lite 2018 running Android Go were also confirmed by XDA-developers. 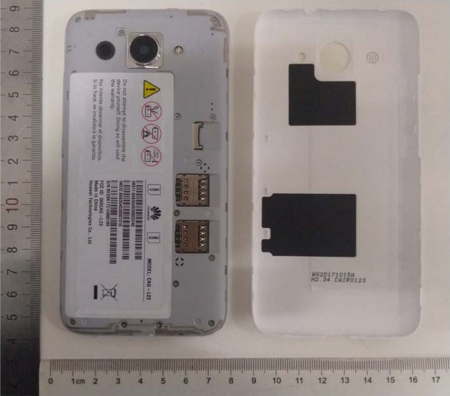 Huawei Y5 (2018) device will be powered by the MediaTek MT6737M chipset with ARM Mali-T720 GPU. The chipset will consist of four ARM Cortex-A53 CPU cores clocked at up to 1.1GHz. The phone is also said to have an 854 x 480p display, two SIM card slots, and 8GB of storage along with a dedicated microSD card slot.

For the unintended, Google announced its ambitious Android Oreo Go edition. The Go edition was first announced at Google I/O 2017 and it meant for low-end devices that run with 512MB to 1GB of memory. The aim is to provide the latest Android updates to the masses and it will be available as a part of Android 8.1 release.

The latest Android Oreo (Go edition) is specially optimized for the entry-level handsets and it includes better performance along with built-in data management features and security benefits. The brand has also designed a new set of Google apps including includes Google Go, Google Assistant Go, YouTube Go, Google Maps Go, Gmail Go, Gboard, Google Play, Chrome, and the new Files Go app, which are meant to be lighter and it will smoother on the entry-level devices. Further, Google has created a new section that recommends popular apps that are tuned to run well on entry-level smartphones.

Note - The lead pic is for representational purpose only.