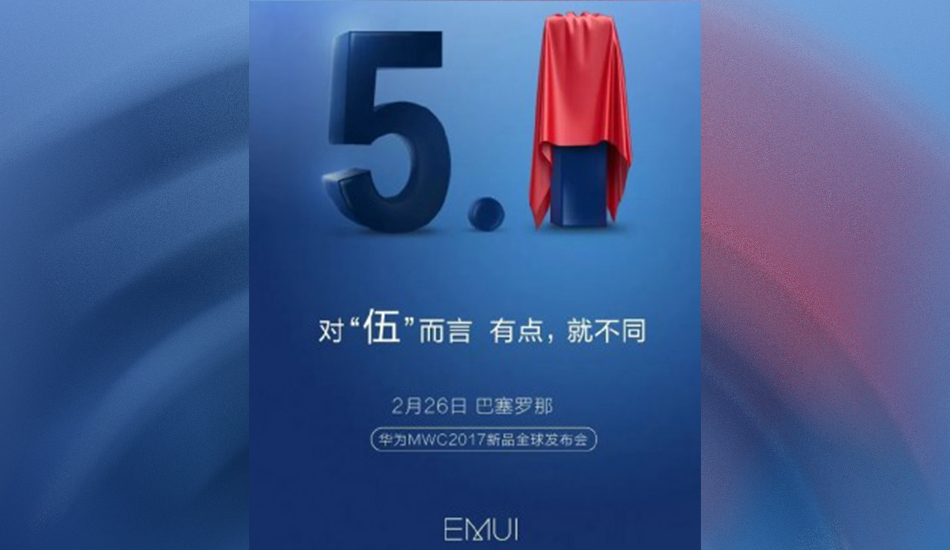 The Chinese handset manufacturer is set to host an event on the 26th i.e. this Sunday where it is expected to launch both the above mentioned smartphones, Huawei Watch 2 and now the updated EMUI 5.1 as well.

Huawei is set to launch its upcoming flagship smartphones, the P10 and P10 Plus at the Mobile World Congress 2017 later this month. Further, the company has now confirmed that both the upcoming devices will come with Huawei’s latest EMUI 5.1, reveals the latest teaser. The Chinese handset manufacturer is set to host an event on the 26th i.e. this Sunday where it is expected to launch both the above mentioned smartphones, Huawei Watch 2 and now the updated EMUI 5.1 as well. It is not yet confirmed as to what Android version will lies under this new skin, however, some rumours suggest that it might be Android 7.1.2 Nougat. The company didn’t reveal any information about the new EMUI 5.1, but we expect it to be an improved version with little tweaks and features here and there over the current EMUI 5.0.

Meanwhile, the famous tipset, Evan Blass (@eveleaks) has also released a press render of Huawei P10. As per the render, the design looks a lot similar to last year’s Huawei P9. The device does sport Leica branding at the rear dual camera set up. 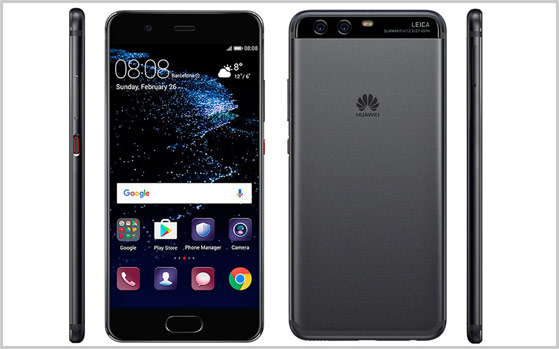 Recalling previous rumours along with the latest teaser, Huawei’s P10 will again sport a dual-camera setup at the back with LEICA branding on top of it. Complementing the dual-camera setup is what appears to be a laser autofocus sensor along with dual LED flash. There is no fingerprint scanner at the back, however, it is likely to be embedded in the home button at the front on the Huawei P10. For the specifications, the P10 is rumoured to feature a 5.2-inch Quad-HD display with a resolution of 2560 x 1440 pixels. On the inside, the device is rumoured to pack a HiSilicon Kirin 960 chipset, similar to what we saw on the Mate 9, along with 4GB RAM with 64GB of internal storage and 6GB RAM with 128GB of internal storage. The device will come with Android 7.0 Nougat while the internal storage in both the variants will be expandable. Powering the device will be a 3100 mAh battery inside.

Whereas, the company is also expected to launch a new Plus variant this time which will feature a slightly larger 5.5-inch Quad HD dual-curved display up front. For the specifications, the P10 Plus will be a lot similar to the regular P10 except a slightly larger display (as mentioned above), a bigger battery at 3650 mAh capacity and two RAM and internal storage variants namely a 6GB RAM + 128GB internal storage variant and 8GB RAM + 256GB internal storage variant. Interestingly, the device sports a fingerprint sensor at the back, however, it also sports a similar looking home button at the front. So the P10 Plus might feature a fingerprint sensor both at the front and back. Apart from this, the Plus variant might also boast an iris scanner at the front.

Not a lot has been revealed for Huawei Watch 2, as of now, but it is likely to come with the recently launched Android Wear 2.0, claims rumours.The Watch 2 will come with different variants with one sporting a cellular connectivity option. This means that the watch will remain connected to the internet with the help of a built-in e-SIM card when it is not connected to a Wi-Fi network or paired to a smartphone. The smartwatch is also reported to come with the ability to make and receive phone calls.