Huawei P10 is launching at MWC 2017, confirms the company 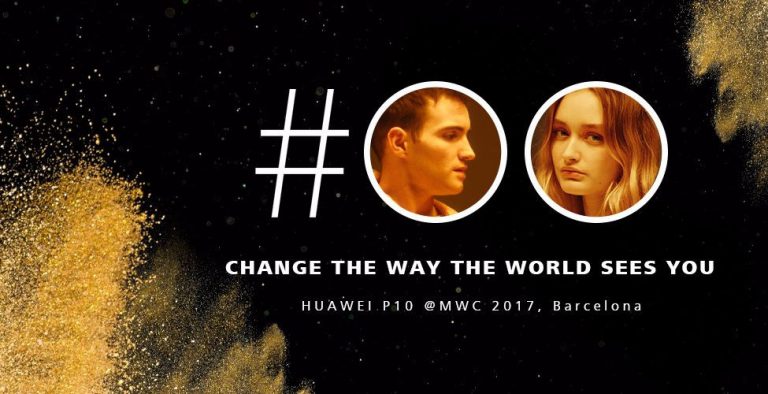 The company has released a new video teaser along with an image which confirms the launch of the upcoming smartphone from Huawei.

Huawei has finally started sending invites to media for the launch of its next flagship smartphone, the Huawei P10. The company has released a new video teaser along with an image which confirms the launch of the upcoming smartphone from Huawei. The P10 will be up for launch on 26th February at the Mobile World Congress.

Both the video and image teaser says ‘Change the way the world sees you’ with a concrete hint that the device will come with a dual-camera setup. Meanwhile, another teaser on Twitter confirms a new Blue colour variant for the device apart from earlier leaked Champagne Gold and Green colour.

Recalling previous rumours along with the latest teaser, Huawei’s P10 will again sport a dual-camera setup at the back with LEICA branding on top of it. Complementing the dual-camera setup is what appears to be a laser autofocus sensor along with dual LED flash. There is no fingerprint scanner at the back, however, it is likely to be embedded in the home button at the front on the Huawei P10. For the specifications, the P10 is rumoured to feature a 5.2-inch Quad-HD display with a resolution of 2560 x 1440 pixels. On the inside, the device is rumoured to pack a HiSilicon Kirin 960 chipset, similar to what we saw on the Mate 9, along with 4GB RAM with 64GB of internal storage and 6GB RAM with 128GB of internal storage. The device will come with Android 7.0 Nougat while the internal storage in both the variants will be expandable. Powering the device will be a 3100 mAh battery inside.

Whereas, the company is also expected to launch a new Plus variant this time which will feature a slightly larger 5.5-inch Quad HD dual-curved display up front. For the specifications, the P10 Plus will be a lot similar to the regular P10 except a slightly larger display (as mentioned above), a bigger battery at 3650 mAh capacity and two RAM and internal storage variants namely a 6GB RAM + 128GB internal storage variant and 8GB RAM + 256GB internal storage variant. Interestingly, the device sports a fingerprint sensor at the back, however, it also sports a similar looking home button at the front. So the P10 Plus might feature a fingerprint sensor both at the front and back. Apart from this, the Plus variant might also boast an iris scanner at the front.