Huawei to replace Google Maps with MapMyIndia for navigation on mobile 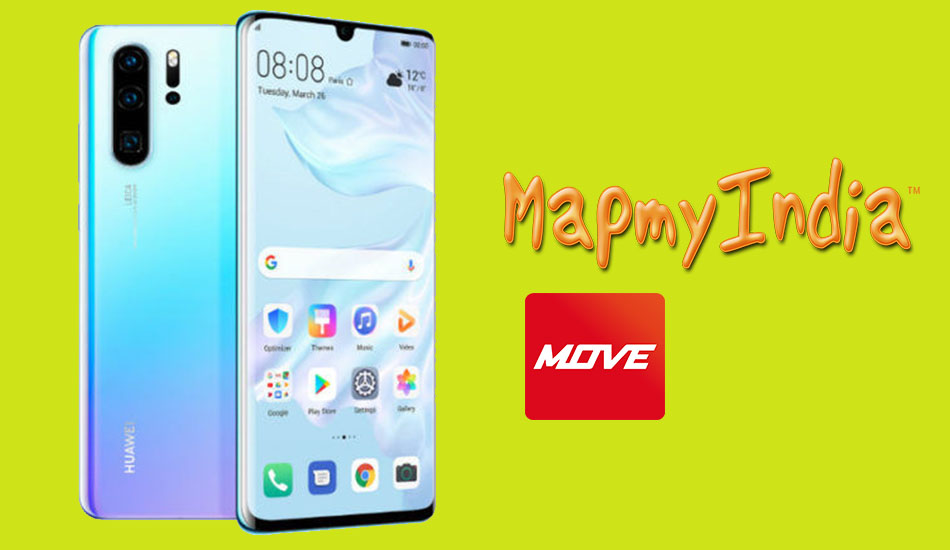 Huawei is building its own app store to rival Google Play Store for Android devices.

Huawei’s Android phones in India use MapMyIndia as its default navigation app, as both the companies have joined forces to help the Chinese mobile giant to set up its world of Android apps devoid of Google services. The announcement was made official this week, which means that MapMyIndia will offer its Move navigation app, preloaded in Huawei and Honor phones in the country.

MapMyIndia has been around for many years but Google’s insistence on promoting its own Google Maps on Android devices has meant the India-based mapping ecosystem was always playing catch up. Which is why, MapMyIndia has relied on a business model wherein it partners with carmakers in the country, and offer its navigation solutions via a separate device that comes pre-fitted in cars they are associated with.

“The AppGallery on-boards MapmyIndia’s flagship Move app as the company’s official digital map partner,” Huawei said in its statement. AppGallery is basically Huawei’s version of the Google Play Store, without apps like YouTube, Gmail and Google Maps. So in order to compensate for these apps missing, Huawei has been on the lookout for alternative platforms across the different sector, and it seems MapMyIndia has been entrusted with the navigation duties for its mobile users in India.

Huawei claims theAppGallery has an established network of more than 1.3 million app developers and with over 400 million monthly active users present across 170 countries/regions globally. And partnering with Huawei gives MapMyIndia finally the chance to come out of Google’s shadows, and use devices from the China mobile brand to showcase its prowess and wide array of localised features that should appeal to the users.

Move navigation app isavailable for free and the company offers its service through a paid subscription as well, which allows the user to track a certain number of devices which they have registered with them. It is likely the app will be offered to upcoming devices from the brand, that will run the non-Google version of Android. Similarly, Huaweihad partnered with Dutch navigation company TomTom to use its maps, navigation, and traffic information, that will be available for Huawei users in Europe.