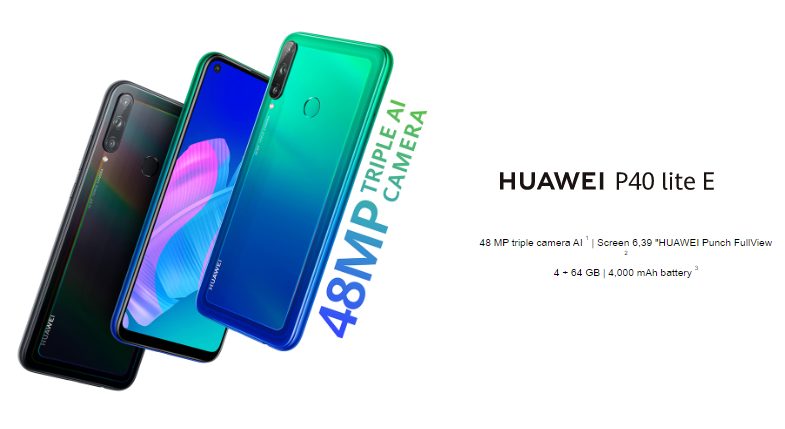 The P40 Lite E is a rebranded the Huawei Y7p that was announced in Thailand last month. The phone is now up for pre-orders in the country. Those who pre-order it will get a Huawei Band 4 for free.

To recall, Huawei will launch its flagship P40 series on March 26 which will include Huawei P40, P40 Pro and P40 Premium Edition smartphones on March 26.

Huawei P40 Lite E has a 6.39-inch HD+ (720X1560 pixels) Punch FullView Display. The phone is powered by Hisilicon Kirin 710F chipset which is coupled with 4GB of RAM and 64GB of onboard storage. The memory can be expanded up to 512GB using a microSD card.