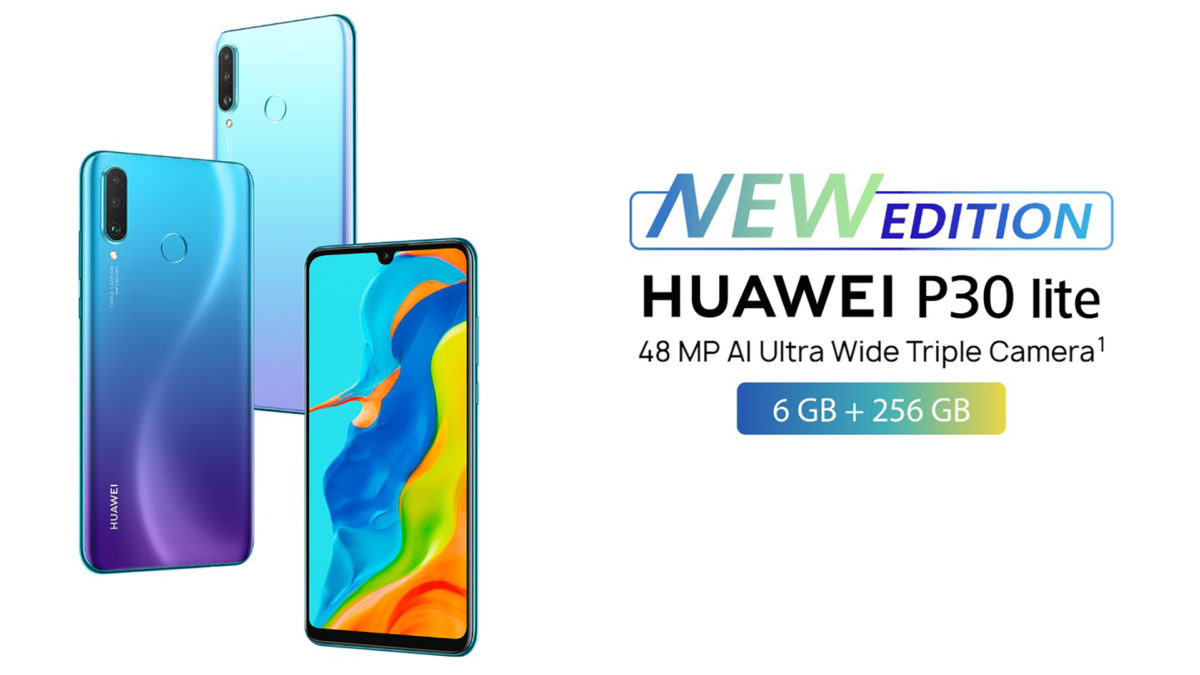 Huawei P30 Lite was launched in India last year. Now the company has launched Huawei P30 Lite New Edition featuring Google apps. It will be sold in the United Kingdom starting on January 15 and comes with a price tag of £299 which is approx. Rs 27,619.

This new edition is entirely similar to the P30 Lite launched last year except in storage. It even comes in the same colours: Midnight Black, Pearl White, Peacock Blue, and Breathing Crystal.

Huawei P30 Lite New Edition has 6GB of RAM and 256GB internal storage as compared to 4GB RAM and 128GB storage in the original P30 Lite. Most importantly, the P30 Lite New Edition also comes with Google apps like Gmail, YouTube, Drive, Maps just like the original. Everything from design, display resolution, camera configuration, processor and battery remains the same as the last year’s model.

For the camera, Huawei P30 Lite features a triple rear camera with a combination of 24-megapixel, 8-megapixel wide-angle lens and 2-megapixel depth sensor. On the front, it sports a 32-megapixel selfie camera with an f/2.0 aperture for selfies and video calling. Huawei P30 Lite has a 3,340 mAh battery with 18W fast-charging and it runs on Android 9 Pie and EMUI 9.0.1.