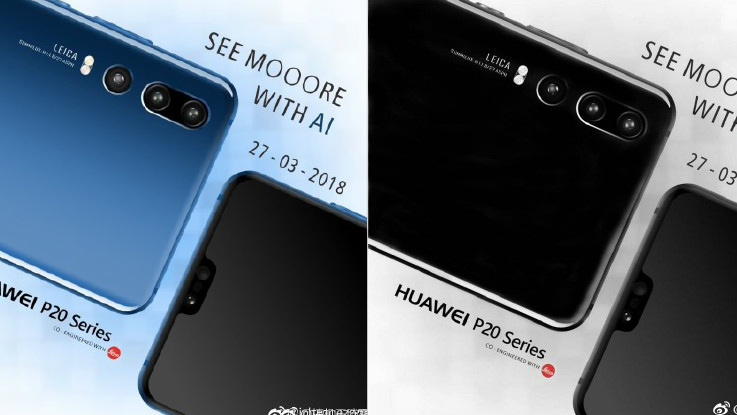 The teaser images come with a tagline ‘See Mooore with AI’, which further confirms that the smartphones will come with AI integration.

Huawei is all set to introduce its first triple camera setup with the upcoming P20 series on March 27. Now, just ahead of launch, new promo images have emerged online revealing some key information about the upcoming series.

The promo images were obtained by TelefoonAbonnement and it kind of confirms that the P20 series will feature triple lens at the back panel. One can clearly see vertically-aligned cameras at the back panel along with dual-LED flash. The teaser images comewith a tagline ‘See Mooore with AI’, which further confirms that the smartphones will come with AI integration. This is not the first time Huawei will introduce AI functions in its smartphones, the brand did the same thing with Honor View 10.

The Honor View 10 sports new dedicated mobile AI processor. The Kirin 970 chipset used in Honor View 10 comes with a Neural-Network Processing Unit (NPU), which is used to power new AI applications which recognise different scenes when taking photos, translates different languages in real-time even without an Internet connection and understand user’s behaviours and optimises the phone’s performance. Hence, one could expect similar functions in the P20 series as well.

Moving on, the teaser also hints that upcoming smartphone will bear an iPhone X-like notch. However, unlike iPhone X, the top-notch seems to be smaller and it might also house a Face unlock feature. With this, it is clear that the Huawei P20 will be another addition to the list of Apple iPhone X doppelgangers. The teaser also confirms two colour options: Blue and Black for the upcoming series, though one might expect more colour variants for different markets.