Huawei Nova 5T to be announced on August 25 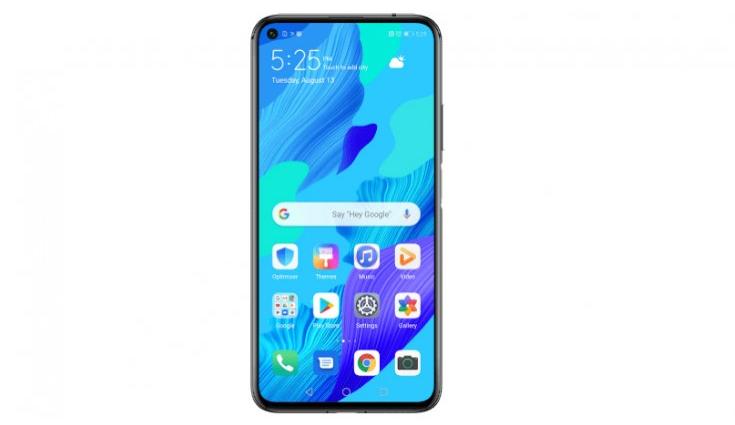 Recently, Huawei Nova 5T was found listed on Google’s Android Enterprise website. Now the phone will be officially announced in Malaysia on August 25.

Huawei has officially confirmed that the smartphone will go official at the “We Are Nova Fashion Showcase” event in Malaysia on August 25. The Nova series includes Huawei Nova 5, Nova 5i, Nova 5 Pro and Nova 5i Pro smartphone. The Nova 5T will be the fifth smartphone in the series. 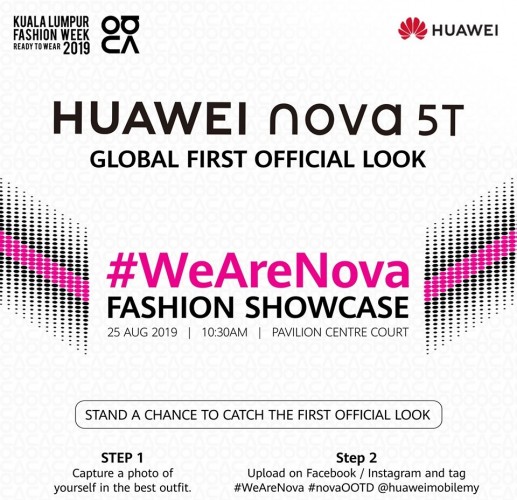 As per the Android Enterprise website, Huawei Nova 5T will be equipped with a punch-hole design. The display comes with minimal bezels around the corner. Furthermore, the right side of the device is likely to feature volume controls and power on/off button, while the base might feature a USB slot, though it is unknown whether it will be micro USB or USB Type-C port.

As far as the specifications are concerned, the listing revealed that the smartphone will be equipped with a 5.5-inch display and it might feature a Full HD+ resolution. The phone will be backed by 8GB of RAM and it will be available in two memory options: 128GB and 256GB. The Huawei Nova 5T will run on Android 9.0 Pie and it will come loaded with a fingerprint scanner. Other features include zero-touch support, NFC support and telephony support. Apart from this, no other information is available about the upcoming smartphone from Huawei.

The above listed specs can not be verified at the moment as popular leakster Roland Quandt revealed via a tweet that the listing information is incorrect. As per him the Huawei Nova 5T is simply the rebranded version of the already announced Honor 20 and will come with the same 6.26-inch display and not 5.5-inch.