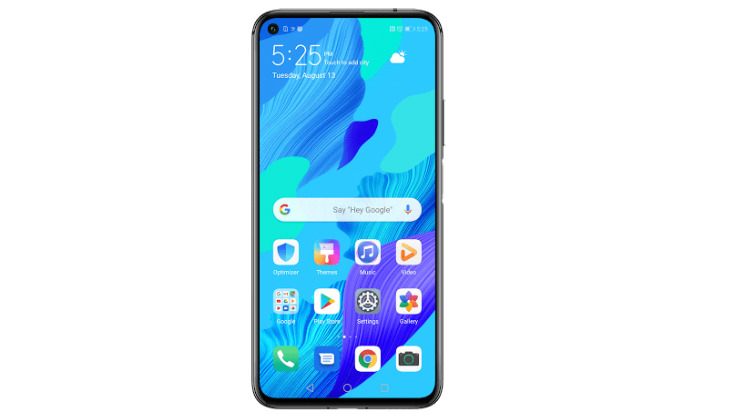 The smartphone has been found listed on Android Enterprise website, revealing the official name along with some other information.

Huawei is reportedly working on a new smartphone in its Nova series, which is confirmed to be named as Huawei Nova 5T. The smartphone has been found listed on Android Enterprise website, revealing the official name along with some other information.

The listing reveals the front panel of the upcoming smartphone. The image shows that Huawei Nova 5T will be equipped with a punch-hole design. The display comes with minimal bezels around the corner. Furthermore, the right side of the device is likely to feature volume controls and power on/off button, while the base might feature a USB slot, though it is unknown whether it will be micro USB or USB Type-C port.

The listing further reveals that the smartphone will be equipped with a 5.5-inch display and it might feature a Full HD+ resolution. The listing further says that the phone will be backed by an 8GB of RAM and it will be available in two memory options: 128GB and 256GB. The Huawei Nova 5T will run on Android 9.0 Pie and it will come loaded with a fingerprint scanner. Other features include zero-touch support, NFC support and telephony support. That said, no other information is available about the upcoming smartphone from Huawei.

Huawei Nova 5i Pro is backed up by 4000mAh battery with 20W fast charging. It runs on Android 9.0 Pie with EMUI 9.1.1 running on top of it. On the camera front, it comes equipped with triple rear camera setup with a combination of a 48MP rear camera with Sony IMX586 sensor, f/1.8 aperture, 8MP Ultra Wide Angle lens, 2MP f/1.75 aperture camera for macro, 2MP f/2.4 aperture camera for depth sensing. For the front, the phone includes a 32-megapixel selfie camera with an f/2.0 lens.