Huawei Nova 2i launched with four cameras and FullView display 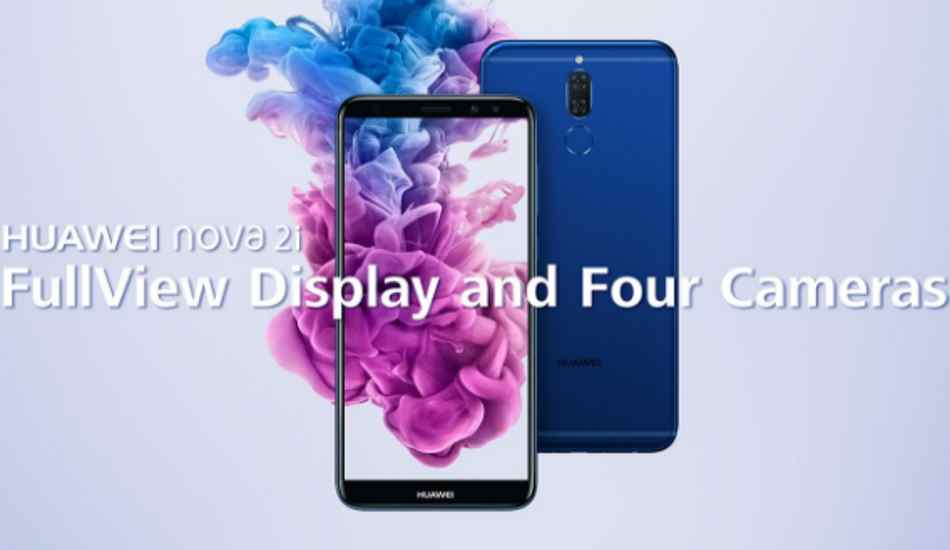 The smartphone is powered by a 2.36 GHz Octa-core Kirin 659 processor coupled with 4GB RAM.

Recently, Huawei announced Maimang 6 smartphone in China. Now the company has launched the international version of the handset, dubbed the Nova 2i. Huawei Nova 2i has appeared on the Malaysian department of Vmall, the manufacturer’s official online retail store. The handset will be available in three colour options, namely Aurora Blue, Graphite Black, and Prestige Gold. As far as the pricing and availability of the new smartphone are concerned, it has not been announced yet by the company.

The HuaweiNova 2i features a unibody metal design and a 5.9-inch FullView (2160 x 1080 pixels) 2.5D curved glass display with an 18:9 aspect ratio. It is powered by a 2.36 GHz Octa-core Kirin 659 processor coupled with 4GB RAM. The smartphone has a 64GB internal memory and has an expandable memory up to 256GB with microSD. The smartphone runs on Android 7.0 Nougat operating system and has the EMUI 5.1 on top of it. There is a 3340 mAh battery in this phone. It also features a fingerprint sensor on the back of the device below the dual camera setup.

The HuaweiNova 2i offers four cameras compromising of two rear and two front cameras. It has a 16 megapixel with dual-tone LED flash and 2-megapixel rear-facing shooters. For the front, there is 13 megapixel with soft LED flash and 2-megapixel sensors. Besides, the smartphone offers Hybrid Dual SIM, 4G LTE with VoLTE, WiFi (802.11 b/g/n), Bluetooth 4.2, GPS/A-GPS, NFC. The handset measures 156.2 × 75.2 × 7.5mm and weighs around 164 grams.