Huawei MediaPad M6 will be launching on June 21 along with Huawei Nova 5 series in China. Now ahead of the launch, some renders of the MediaPad M6 have surfaced online.

The renders leaked by Slashleaks, show that the MediaPad M6 will feature a single camera along with an LED flash on its rear. The tablet seems to have an aluminum body. It has dual speaker grilles at the bottom along with pogo-pin connector for connecting to a keyboard. 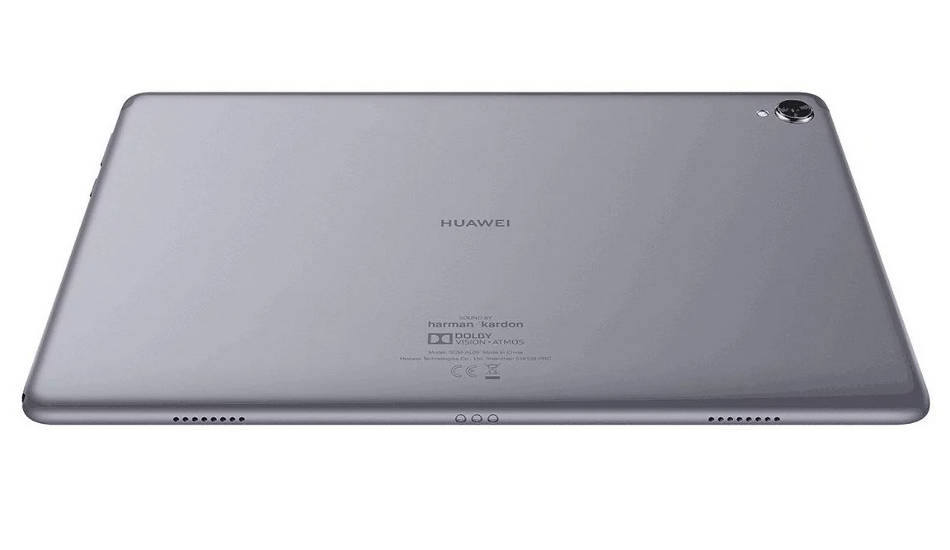 On the side of the tablet, there lies volume control buttons, the power button, a USB Type-C port, MicroSD card tray, and the 3.5mm audio jack.

According to a Twitter user @RODENT950, the MediaPad M6 has a 10.7-inch 2K LCD display with Dolby Vision. It is powered by the Kirin 980 chipset which is present on the Huawei P30 Pro and Mate 20 Pro flagship smartphones. The MediaPad M6 will run Android Pie out of the box with EMUI 9 on top and it will be backed up by a 7500mAh battery. The device will have a 13-megapixel rear camera while the front-facing camera will be an 8-megapixel sensor. It is expected to carry support for M-Pen stylus.

The two variants are likely to sport the latest HiSilicon Kirin 980 chipset based on the 7nm process as compared to Kirin 960 found inside the MediaPad M5. They are expected to sport a 2560 x 1660 pixels screen resolution.

Meanwhile, the company has also officially revealed the design for both its 8.4 inch and 10.7 inch models. The smaller variant does not feature any physical home button and is replaced with a Huawei logo instead. The 10.7 variant, on the other hand, will retain its physical home button.