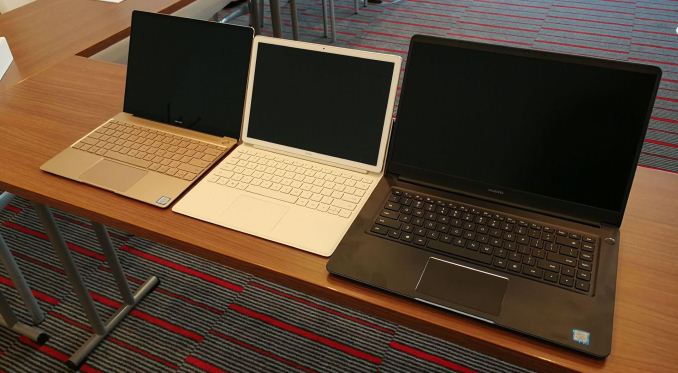 With the new lineup of products Huawei initially plans to target the premium consumer markets.

Huawei, a Shenzen-based company, has introduced three personal computer models at an event in Berlin. It includes a 15.6-inch screen notebook, a 2-in-1 tablet and hybrid laptop, and an ultra-slim 13-inch metallic notebook.

Previously, Huawei has been launching smartphones and tablets quite frequently but this is for the first time that it has forayed into laptop segment. Its smartphones are sold under the HonorandHuawei brand in India and have been quite successful in the recent past.

With the new lineup of products Huawei initially plans to target the premium consumer market. If we talk about the product, Matebook X is a fanless laptop with a splash-proof screen and combined fingerprint sign-in and power button. It has a 13-inch 2160×1440 IPS LCDdisplay, 4GB / 8GB of RAM and comes in three colours namely Space Grey, Prestige Gold and Rose Gold. It comes with either 256 GB or 512 GB of storage. The Matebook X will be between Rs 1,01,400 – Rs 1,23,200.

Notmuch has been disclosedby the company about The Matebook D but it will have a 15.6-inch display will cost around Rs 72,400.