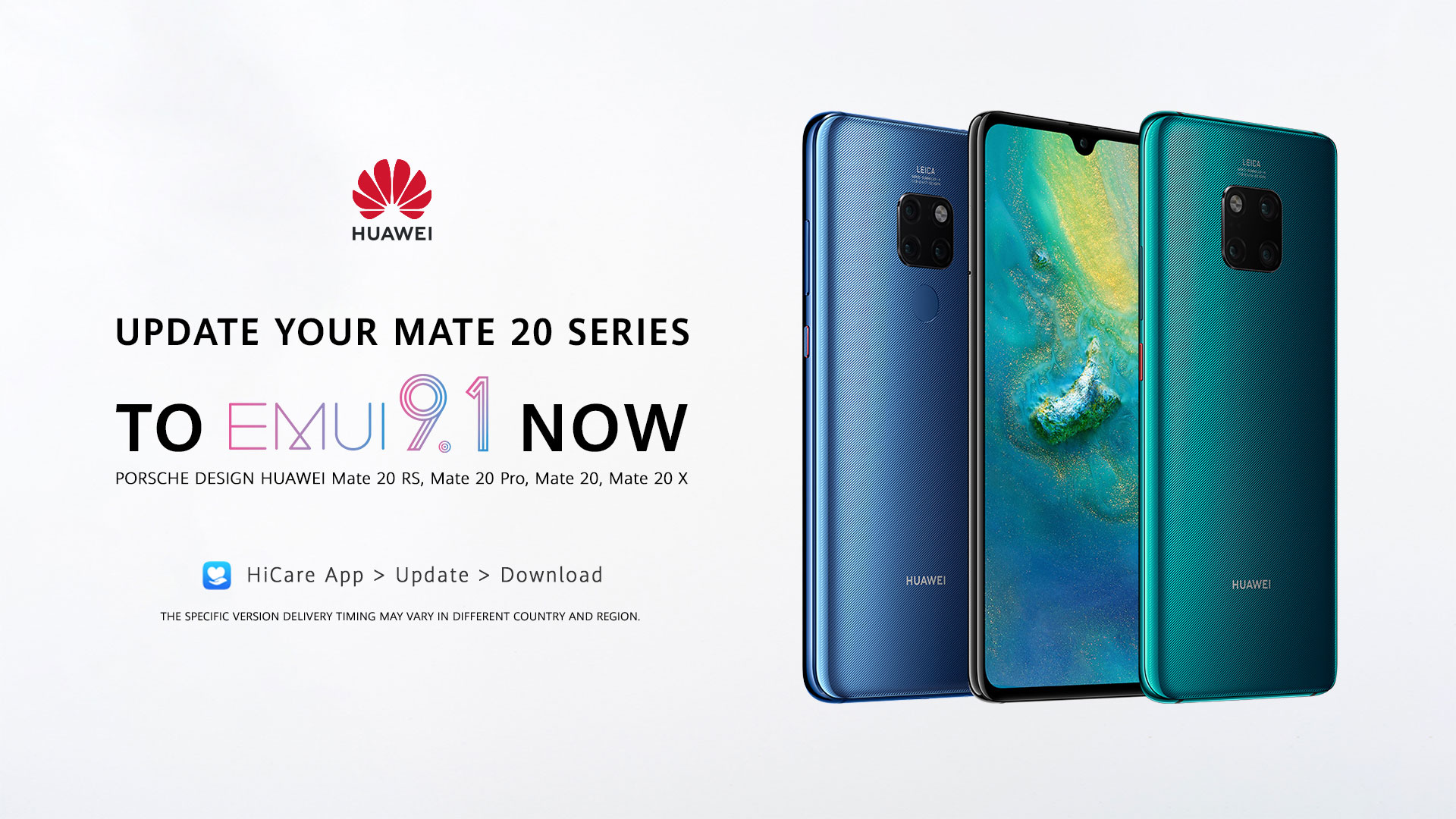 The company has also revealed the list of smartphones that will get the EMUI 9.1 update in the month of July and August.

Huawei has started rolling out the latest EMUI 9.1 update to its Mate 20 series. The company has also revealed the list of smartphones that will get the EMUI 9.1 update in the month of July and August.

Starting with the Huawei Mate 20 series, the company is rolling out update to the Mate 20, Mate 20 Pro, Mate 20 X and Mate 20 RS Porsche Design. Customers can check for the update by going to Settings > System > About Phone. The new update is still based on Android 9.0 Pie and it brings host of interesting features. To start with, EMUI 9.1 adds EROFS, which is a new file system with improved file compression and offer 20 per cent random read performance. The update also adds GPU Turbo 3.0, which now supports 25 games.

The upgrade also brings”moon mode” to the Mate 20 Pro and Mate 20 X, which will help in taking better moon photos through the super zoom capability of Leica triple cameras. The new “incoming call video show” feature also debuts with the EMUI 9.1 that allows users to set different self-made or third-party videos as the incoming call displays for different contacts.

In the month of August, the company will roll out EMUI 9.1 to the Huawei P10 and P10 Plus. Previously, the company revealed the list of smartphones that will get Android Q update. The company said that despite the ban, all the Huawei smartphones and tablets will continue to get the manufacturer’s warranty and will receive full-service support. “Anyone who has already bought, or is about to buy a Huawei smartphone, can continue to access the world of apps as they have always done,” the company said in a statement.