Last week we looked at the official press render of the Mate 20 Pro which established the presence of a large notch at the top of the display. Today, we’ve been greeted with leaked press renders of its smaller sibling- the Huawei Mate 20. We also have what is reported to be the price list of the entire Mate 20 lineup including the Mate 20, which is expected to start at (Swiss francs) CHF 799 (approx. Rs 59,200). 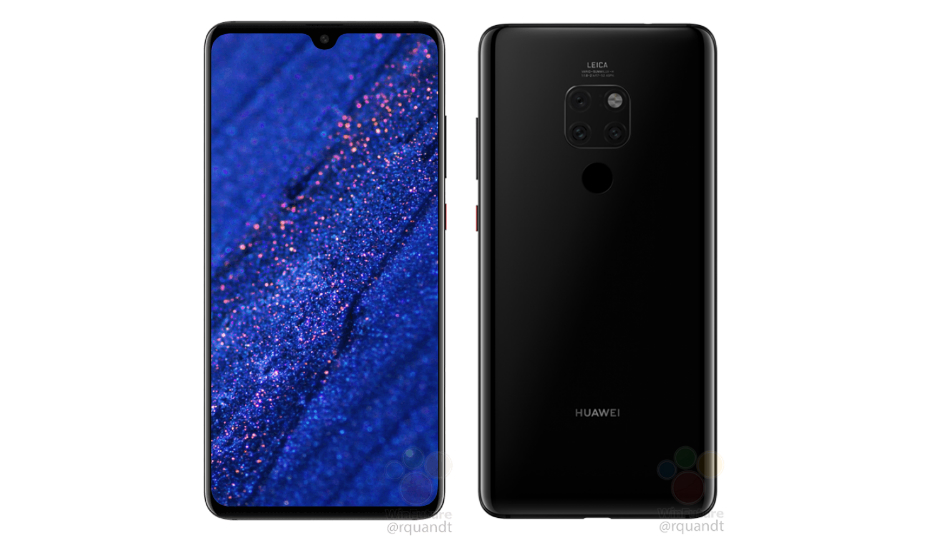 When it comes to pricing, the Huawei Mate 20 will start at CHF 799 (approx. Rs 59,200), the currency calculated in Swiss francs which looks to be the price list given to retailers by hardware distributors. This is the price of the Mate 20’s 128GB variant which will arrive in Twilight, Black and Blue colours. The Mate 20 Pro will be even more expensive with a retailer’s purchase price of CHF 999 (approx. Rs 74,000) for the 128GB model in blue, black and twilight. 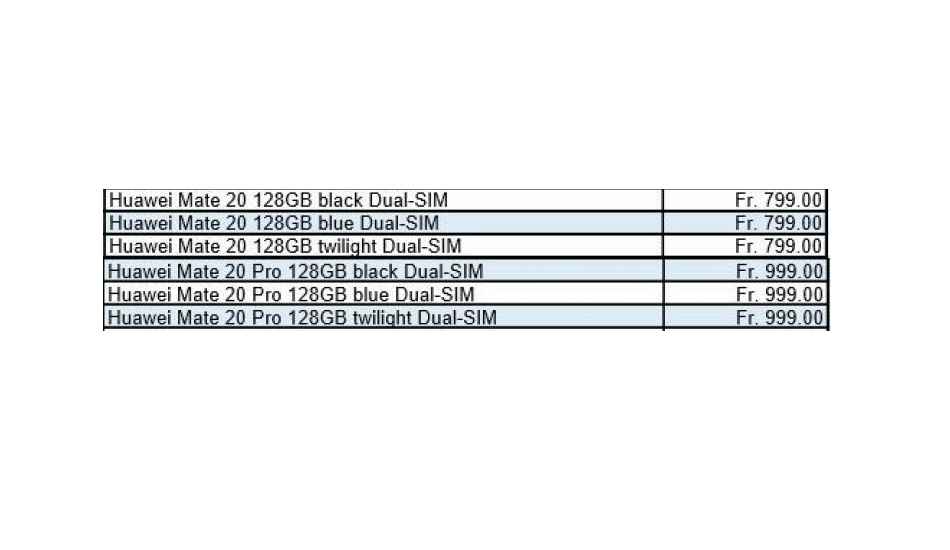 One thing to note is that all these prices are what local distributors will charge their retailers which means by the time a regular customer buys the device, it’ll be a little more expensive. The prices being leaked are for Huawei’s Swiss market and there will be significant changes to these numbers by the time the Mate 20 lineup hits India.