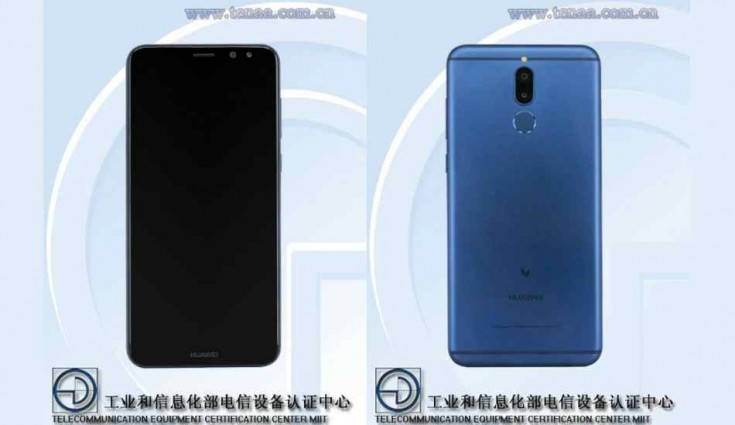 Huawei sells its Maimang series of smartphones in China and outside China, they are called G Series.

The successor of Huawei’s last year Maimang 5, which is dubbed as Huawei Maimang 6 recently appeared on the website of Chinese certification agency, TENAA. Now today, Huawei has released an official teaser poster which reveals that the Maimang 6 will be launched in China on September 22. The tall long poster also serves as an invite for the Huawei Maimang 6. 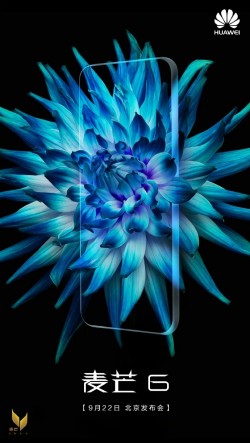 The teaser shows that the smartphone will be featuring 18:9 screen to body ratio. This means it will be the first Huawei phone to feature the EntireView Display.

Huawei sells its Maimang series of smartphones in China and outside China, they are called G Series. Last year’s Maimang 5 was released as the Huawei G9 Plus in other markets. So it is now expected that Maimang 6 might be named as Huawei G10 outside China

As per the TENAA listing, the Huawei RNE-Al00 has a 5.9 inch full HD display+ with 2160 x 1080 pixels resolution and an 18:9 aspect ratio. It will be powered by a 2.36 GHz octa-core processor. It comes with 4GB RAM with 64GB of internal storage and 256GB expandable memory via micro sd card slot, 3,240 mAh battery. The Huawei smartphone features four cameras, it offers dual camera setups on both its front and back sides. It has a 16 and 2-megapixel rear cameras and 13 and 2-megapixel snappers on the front side. The listing shows that the Huawei RNE-Al00 features a fingerprint sensor on the back panel of the device.

The phone runs on Android 7.0 Nougat operating system with Huawei’s Emotion UI (EMUI) on top of it and the images reveal that it has Gold and Blue colour versions. Connectivity options of the device include dual SIM, 4G-LTE with VoLTE, Bluetooth, WiFi, GPS/A-GPS and a micro USB 2.0 port. The phone is 156.2 mm tall, 75.2 mm wide and 7.5 mm thin and it weighs 164 grams, according to the TENAA listing. The sensors include Gravity sensor, distance sensor and light sensor.