Huawei has also showcased a new smartphone, called Honor Holly, and a tablet - Honor X1, during the launch ceremony in New Delhi today.

Chinese handset giant, Huawei has announced the launch of four new devices for India, including two smartphones – Honor 6 and Honor Holly, and two tablets – Honor X1 and Honor T1, for the Indian market. All the four devices will be available exclusively via Flipkart. At present, Huawei has revealed the price of Honor 6 (Rs 19,999) and Honor T1 (Rs 9,999) only.

The Honor 6 has the latest Android 4.4.2 Android operating system but it uses the Huawei Emotion 2.3 UI which has a compltely different look than the native Android UI. It has the HiSilicon Kirin 920 chipset that comprises an octa core processor, Mali T628 MP6 GPU and 3 GB RAM – powerful enough to run high end games as well as for multitasking. 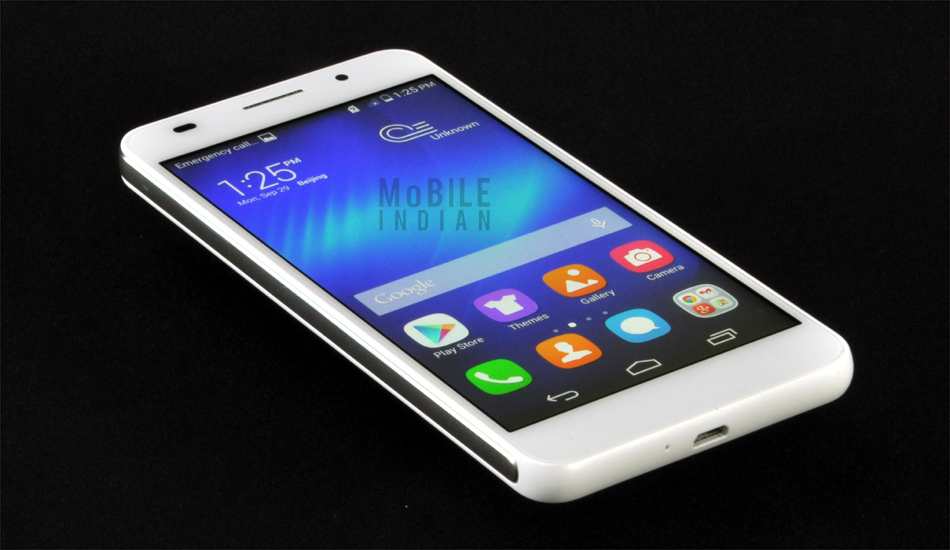 The phone comes in 16 and 32 GB storage versions and has a micro SD card slot that can accommodate a 64 GB card. There is a 13 megapixel auto focus camera and two LED flash lights in the rear panel in the Honor 6 while a 5 megapixel camea is in its front.

The Honor 6 has two SIM slots and is compatible with 4G network but at this point of time it is not known whether it would be compatible with India’s LTE network or not. Other than that, the Honor 6 has Bluetooth 4.0 with A2DP, WiFi with Hotspot feature, DLNA, and a micro USB 2.0 port. It has a 3100 mAh Li-Po battery.

Despite such high end features, Huawei has shrewdly priced it at just Rs 19,999.

This 7.9 mm thick tablet weighs 360 grams and comes with an 8 inch HD IPS display that is said to have 160 degree viewing angle. The Honor T1 boasts a 1.2 GHz Snapdragon 200 quad core processor, 1 GB RAM, 8 GB ROM, and 32 GB micro SD card slot. This Android 4.3 based tablet too has Emotion UI as other Huawei devices.

The Honor X1 has a 7 inch full HD display and a huge 5000 mAh battery. This 239 grams weighing tablet has a 1.6 GHz quad core processor and a 13 megapixel rear caemra. More information about these devices are still awaited.