The Huawei Honor 6 Plus is bigger and better than its predecessor, the Honor 6 which is available in India for Rs 19,999.

Huawei today announced the much speculated Honor 6 Plus smartphone. It succeeds the Honor 6 which too has superb features and is available for Rs 19,999 in India.

The Huawei Honor 6 Plus comes with a 5.5 inch display with full HD resolution. Despite being a big phablet, the Honor 6 Plus weighs only 165 grams and is 7.5 mm thick. Like the Honor 6, it comes with 3 GB RAM, 128 GB micro SD card slot, and comes in 16 GB and 32 GB inbuilt storage variants. 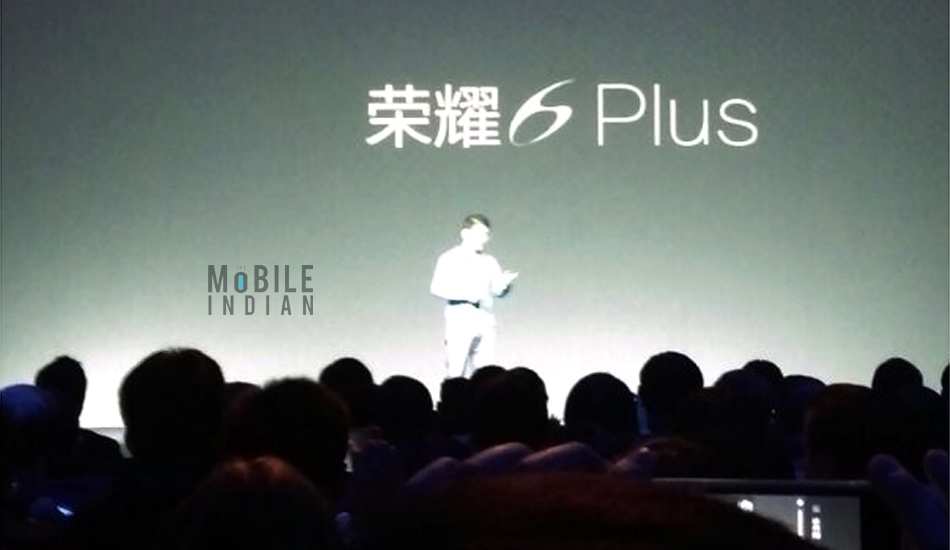 Furthermore, the handset also acts as a power bank and hence you can charge your other devices using the Honor 6 Plus.

The new Huawei Honor 6 Plus has been announced in both 4G and 3G variants. Besides, this dual SIM smartphone has Bluetooth 4.0 LE, NFC, and a micro USB 2.0 port. The major attraction of this device is its dual 8 megapixel rear camera along with a dual LED flash and 8 megapixel front camera.