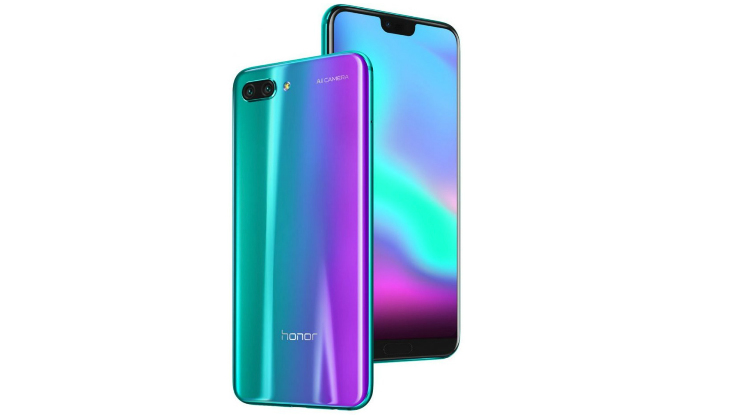 Honor 10 smartphone runs on Android 8.1 Oreo operating system wrapped under EMUI 8.1 and gets its strength from a 3400 mAh battery with fast charging support that can charge from 0 to 50% in just 25 minutes.

Honor, launched its flagship smartphone, the Honor 10 in India in May this with a price tag of Rs 32,999. Earlier the smartphone was launched in China before. Now the company claims that it has sold 3 million units of the Honor 10 globally since launch but no break uphas been shared. Huawei earlier announced a milestone of one million sales in less than a month after its launch in China.

Honor India has announced this achievement on its official Twitter handle which reveals that Honor has till now sold 3,000,000+ smartphones. The tweet reads ” 3 MILLION HITS Thank you fans for choosing the AI-powered beauty #Honor10 & making it an international superstar!! #BeautyInAI”.

The major highlight of Honor 10 is the under-the-glass fingerprint sensor, which is present at the base of the front. Just like any other Honor and Huawei smartphones, this one also comes equipped with AI integration. The device features AI 2.0, which the brand claims allow better portraits and enhanced face detection. The phone features facial recognition technology as well.

The smartphone runs on Android 8.1 Oreo operating system wrapped under EMUI 8.1 and gets its strength from a 3400 mAh battery with fast charging support that can charge from 0 to 50% in just 25 minutes.